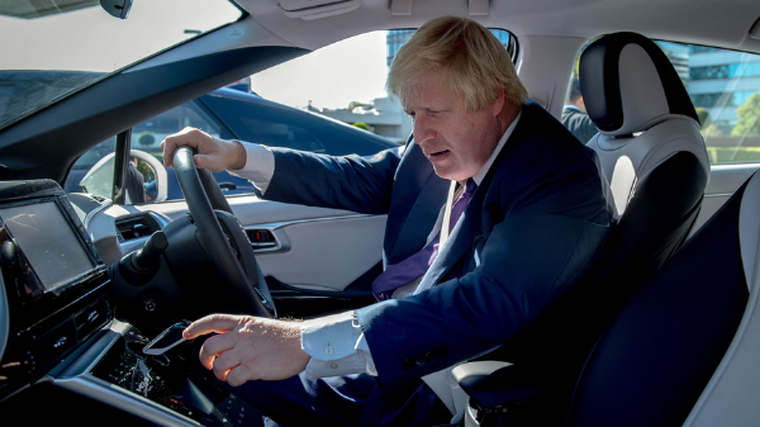 The sale of new cars and vans powered by petrol and diesel will be banned in the UK from 2030.

Prime Minister Boris Johnson has also announced hybrid sales will come to an end in 2035 as part of a 10-point plan to tackle climate change and cut the country’s emissions.

The government has allocated £4 billion (NZ$7.7b) to the proposals, which Johnson describes as a “green industrial revolution”.

The funding includes a £1.3bn investment in electric vehicle (EV) charging points and grants for EV buyers will increase to £582m to help people shift away from internal combustion engine (ICE) vehicles.

Full details of the plan will be written into an energy white paper proposing future legislation, which is expected by the end of November, reports the BBC.

Johnson, pictured, says: “My 10-point plan will create, support and protect hundreds of thousands of green jobs, whilst making strides towards net zero by 2050.”

His announcement on November 18 brings forward a previous policy to scrap new petrol and diesel car sales by 2035.

As governments race to cut emissions from motoring, the UK is now only second to Norway, which has a fossil fuel vehicle abolition date of 2025.

James Shaw, co-leader of the Green Party, is calling for New Zealand to match the efforts of the UK.

Mike Hawes, chief executive of the Society of Motor Manufacturers and Traders (SMMT), says it shares the UK government’s ambition for leadership in decarbonising road transport.

“Manufacturers have invested billions to deliver vehicles that are already helping thousands of drivers switch to zero, but this new deadline, fast-tracked by a decade, sets an immense challenge,” explains Hawes.

"We are pleased, therefore, to see government accept the importance of hybrid transition technologies and commit to additional spending on purchase incentives.

“Success will depend on reassuring consumers that they can afford these new technologies, that they will deliver their mobility needs and, critically, that they can recharge as easily as they refuel. For that, we look to others to step up and match our commitment.”