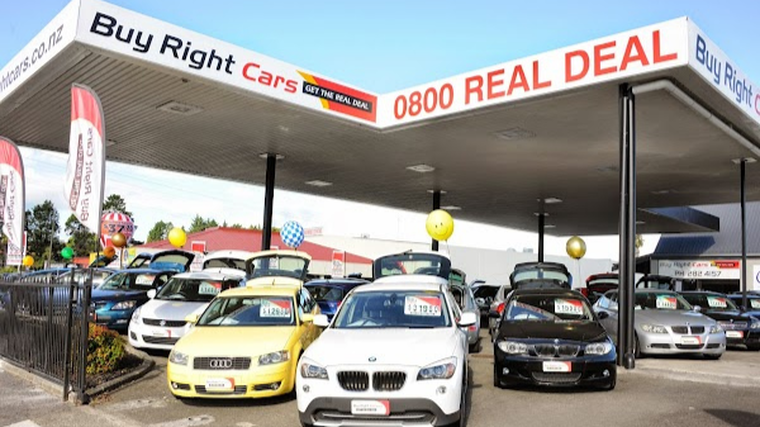 Turners Automotive Group has won a High Court battle against the former owners of Buy Right Cars after the relationship between the two parties quickly broke down following a takeover.

The two named parties in the drawn-out case were Buy Right Cars 2016 Ltd (BRC16), which was Turners, and Turnover Ltd, which was part of a company owned by used car dealer Brandon Orlandini, his family members and associates.

Orlandini founded Buy Right Cars in 1997 and built the Auckland business up before selling it in 2016 to Turners, which later replaced the brand’s name with its own.

Turnover decided to sue BRC16 over a relationship breakdown following the $15.3 million cash and shares deal for Buy Right and I&J Compliance, with the case being heard in the Auckland High Court in August last year.

Turnover was claiming $2.06m for what Orlandini said were unpaid obligations.

Justice Tracey Walker released her judgement dismissing the claims, as well as two counterclaims made by BRC16 against Orlandini, on August 27 but it was not made publicly available until nearly a month later.

The judge said in her findings that the dispute was the product of a “culture clash between an agile, entrepreneurial business and a disciplined corporation”.

“The parties are at odds about the meaning of many of the terms of the asset purchase agreement [APA] and particularly of the fundamental covenants.”

At the time of the Buy Right sale to Turners, the business ran eight car yards across Auckland and was one of the largest used car retailers in the city.

The acquisition was valued at more than $37m, of which about $22m was for existing stock.

Turnover received an upfront sum of $9.18m in cash and shares under the deal, with the notional balance of $6.12m to be paid over the course of two one-year “earn-out” periods.

The judgement noted each earn-out period had a target profitability measure which had been the subject of negotiation in forming the APA.

The first earn-out period ended on July 28, 2017, and an earn-out payment of more than $3.4m was made to Turnover. A non-refundable advance of $1m for the second earn-out period (EO2) was paid at the same time.

Justice Walker said it was not disputed that financial performance in that second spell was poor, particularly when compared with the first one.

“The financial performance of the Buy Right Cars business in EO2 did not satisfy the conditions in the APA for payment of earn-out consideration,” the judgement read.

Orlandini was advised by Turners that no earn-out consideration was payable and other than the $1m paid in August 2017, there would be no further payment.

This prompted Turnover to claim BRC16 had breached a fundamental covenant and it claimed the full amount of the earn-out consideration was payable.

It said two of the five fundamental covenants in the APA had been breached by BRC16. These were alleged to be making changes to the Buy Right Cars’ business model, and “taking action or omitting to take any action that could distort or adversely affect the financial performance of the Buy Right Cars business” – both without the prior written consent of Turnover.

BRC16 denied breaching any obligation under the APA, let alone of a fundamental covenant.

The judge identified the key issues in the case to be personnel changes during the relevant period; changes in stock composition through the purchase of New Zealand-new vehicles and lower grade vehicles, reduction in European stock and ceasing to market for sale vehicles under $10,000; and/or the sell down of aged stock for reduced margins.

Orlandini said almost all of the cars in stock at the time of the APA were imported from overseas, with about 98 per cent from Japan and the rest from the UK. About one-third of the total stock was European models.

“There is no cogent evidence of a firm policy pre-acquisition around the stock composition (other than in respect of the grade of vehicle),” the judgement said.

“The yards stocked a wide variety of vehicles and the mix fluctuated according to market circumstances.”

Under the APA, Orlandini was also due to remain a contractor to the Buy Right business by working at least one day per week on average in return for an annual fee of $100,000.

However, on the eve of settlement, he communicated to Turners he did not want to be bound by the contractor’s agreement and it was terminated.

Over time the relationship between the two companies deteriorated and in July 2017, Turners told Orlandini it “no longer required or wanted any involvement from him in the business on a day-to-day basis”.

“The parties obviously anticipated his involvement would be constructive during both earn-out periods,” said Justice Walker.” But, after termination of the contractor’s agreement, it is material that, at least in contractual terms, he had no responsibility for or obligation in the operation of the business.”

In counterclaims, BRC16 said it overpaid earn-out consideration for the first 12-month period after acquisition by more than $300,000 and sought recovery of that money.

It also claimed more than $114,000 in compensation from Orlandini over a Dodge Hellcat vehicle, which it claims he had the company buy for his personal but was unable to be made compliant for registration in New Zealand.

Justice Walker dismissed Turnover’s claims for breach of fundamental covenant, and also threw out the counterclaims against Orlandini.

“In the end, Turnover was understandably disappointed by the bottom-line performance of the Buy Right Cars business in EO2,” she said.

“The explanations for that performance are many and varied. The financial performance may or may not have been the same had the Orlandini interests been responsible for the business.

“But, as BRC16 argued, this is not a breach of duty case or a negligence case and Turnover’s grievances do not translate into breaches of a fundamental covenant.”

The judge reserved the question of costs, with the parties given 28 working days from the August 27 judgement to agree a figure.