Dealerships to be rebranded

Autofile Online takes a close look at what has happened with Buy Right Cars’ fortunes during the three years it has been owned by Turners.
Posted on 06 May, 2019 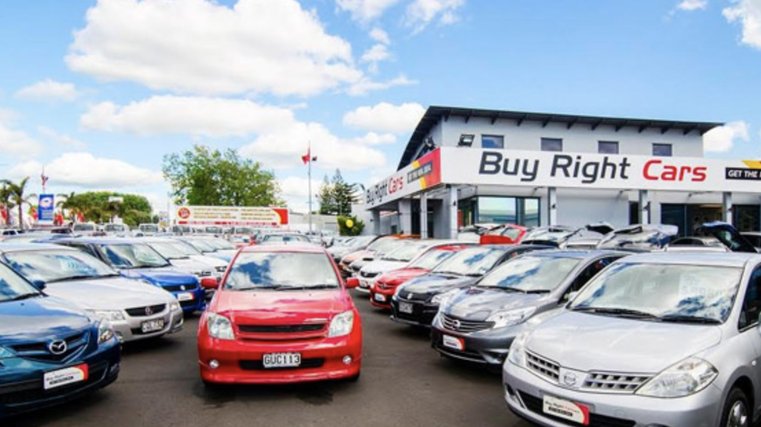 A well-known name in Auckland’s used-vehicle market will disappear when branches of Buy Right Cars (BRC) are rebranded as Turners Cars.

The decision is part of a strategic review being carried out at Turners Automotive Group. All of the group’s divisions are under the scrutiny and the board expects to unveil outcomes by the end of June, but an early decision is to rebrand BRC’s 10 branches – nine in Auckland, one in Hamilton.

Autofile Online takes a close look at what has happened at BRC during Turners’ ownership.

Turners announced it would pay $15.3 million plus stock for Buy Right Cars, with 78 per cent of the purchase price settled in cash and 22 per cent in Turners Ltd shares. About $6m of the consideration would be determined by BRC’s performance on earn-out arrangement over two years. Settlement was completed by month’s end.

BRC – a used import and dealer network – was established 18 years ago and had “become one of the largest participants in the Auckland market, operating from eight sites with a mechanical and import compliance workshop”.

Todd Hunter, CEO of Turners Ltd, said BRC would be run as a standalone business with management and staff retained. “We expect it will contribute earnings before interest and tax [EBIT] in excess of $4m in the first year with increases expected thereafter.

“Additional synergies are expected to arise for Turners’ existing finance and insurance [F&I] businesses. The acquisition increases our presence in Auckland where we are underweighted compared to higher market share in other regions. It will also achieve stepping up our imports of used vehicles and achieving better control over the compliance process.”

Chairman Grant Baker added: “We’ve been impressed with what principal and majority owner Brandon Orlandini, and his management team, have achieved.”

Hunter said: “The industry is highly fragmented and, despite holding the number-one market position, Turners has less than a 10 per cent share,” said Hunter. “We’ve started to build on this and recently acquired BRC.”

Vehicles sold on behalf of owners – 60 per cent – and Turners-owned vehicles were on average held for less than 45 days. BRC had a longer holding period due to its higher margin model. The acquisition presented “an opportunity to realise economies of scale for Turners – in supply-chain and back-office operations”.

The company’s automotive and retail sector delivered a 31 per cent increase in operating profit to $6.91m, including a two-month contribution from BRC. “Finance revenues for the Turners Group and BRC are growing strongly and delivering excellent profits,” the company reported.

“The BRC acquisition is settling in well and Turners will continue to look at acquisitions in automotive. The ownership of retail businesses provides an opportunity for us to cross-sell F&I products… with a high percentage of BRC sales financed at point of sale.”

BRC was performing in-line with expectations with the flow of its finance contracts into Turners Ltd gaining momentum. Hunter said: “We have successfully integrated the value accretive acquisitions of BRC.”

Automotive retail delivered a 64 per cent increase in revenue to $193m and an operating profit of $15.4m for the year – an increase of 54 per cent.

“Turners and BRC are performing strongly with BRC performing above expectation and starting to originate a strong flow of consumer loans.

Shareholders were told BRC had up to 2,000 units in stock. “BRC has provided us with new capabilities in servicing and maintenance. It is performing well and we’re starting to deliver some synergies.

“We reported a record operating profit before tax of $24.6m, which included eight months’ contribution from BRC. We’re pleased to report first-year trading under our ownership exceeded forecast resulting in an earn-out pay-out at 110 per cent.”

BRC had 90 staff and new sites were being planned. The following month, Julian Stone was appointed as BRC’s general manager. Most recently, he was dealer principal at AHG-owned John Andrew Mazda. Turners CEO Greg Hedgepeth said: “He brings a perfect mix of passion and experience to the operation, and shares our vision of significant growth potential for the business.”

Automotive retail revenue rose by 32 per cent to $113.5m and operating profit was up 27 per cent to $8.8m with a full-half contribution from BRC, whose management team had been “refreshed”.

During the half-year to September 30, excluding acquiring BRC and Autosure, Turners’ organic growth was 14 per cent, which was “very pleasing”. A new BRC site in Penrose was expected to be operational within the next few weeks.

Hunter said: “Turners took over the management of BRC from the vendors in September 2017 – a year earlier than expected. The new management team is settled in and dealing competently with some legacy issues around aged inventory.

“We’re starting to see the turnaround in performance. The earn-out payment to the original owners has been reduced accordingly. We remain confident in the growth prospects of this business and are planning to grow the network over the next few years.

“Revenue was up 32 per cent to $330.5m, positively impacted by the BRC and Autosure acquisitions, and organic growth from Turners’ focuses on the retail customer and the growing finance book.

“The margin compression in BRC, particularly on some older inventory units, was offset by an improvement in finance profits due to a higher level of lending, the step-change in insurance from the Autosure acquisition, and good underlying growth. This resulted in a record operating profit of $31.1m.”

Thirty-four per cent revenue growth at BRC was reported, but operating profit fell by 21 per cent. “Financial performance has disappointed.”

The new management team, in place since November 2017, was dealing with legacy and aged-inventory issue. A “closer association” for BRC with Turners Automotive Group’s branding was “to be implemented” with three new branches targeted over the next two years.

Hunter said: “The acquisition of BRC has delivered a step-up in results for the automotive division. We took over managing this business in September last year with the new management team tasked to deal with legacy issues around aged stock, which was impacting on performance. The earn-out to the owners was reduced accordingly.”

The company had opened two more BRC sites – one in Hamilton, the other in Pernose, Auckland. The one in Hamilton was across the road from mega mall The Base. It was to be temporary until a “new 5,000m2 site” opened down the road.

“The BRC turnaround has taken slightly longer than anticipated. However, we are seeing positive momentum. Our confidence in long-term prospects remains high.”

In automotive retail – Turners Group and BRC – revenue dropped by one per cent and operating profit was $8m, down by nine per cent.

“Unit sales and market share have grown in the first half. Turners Group delivered an improved year-on-year result, while BRC delivered a lower-than-expected result due to pressure on margins and volumes.

“Demand in the competitive Auckland market, where nine of the 10 BRC sites are located, has weakened with pressures from increased living and fuel costs. Initiatives are in place to drive customers in-store and leverage high trust in Turners’ brand.”

BRC had increased its market share with unit sales up by nine per cent. It was impacted by old stock clearance and reduced margins due to import-market conditions – demand, stink bugs and Takata recalls.

BRC’s gross margins per vehicle dropped by 20 per cent to $1,926 per unit. Its revenue rose by 11 per cent to $32.2m, but operating profit fell by 63 per cent to $0.5m. The new Hamilton branch was “performing above expectations”.

The focus was to increase the proportion of NZ-new cars sold versus imports for higher margins and quicker turns. There had been a decrease in average days in inventory to 152 from 182 in the first-half of 2018 due to market conditions.

Turners and BRC increased market share with the latter’s sales jumping by nine per cent.

Demand in Auckland had weakened. This “will inevitably lead to consolidation in the dealer market, which will provide Turners with further opportunity in the medium term as we focus on building market share”.

Unit sales and market share grew at Turners Cars and BRC during the first half. Turners delivered an improved year-on-year result, while BRC delivered a lower-than-expected result due to pressure on margins and volumes.

Turners delivered an increase over last year with retail sales continuing to hold the line. Most market headwinds “have been felt by BRC due to the high proportion of used imports its sell and its presence in the Auckland market. While more cars were sold, these were at a lower margin”.

The report stated: “An early outcome of strategy work is Turners will focus on a single-brand direction in automotive retail. BRC branches will rebrand to Turners to leverage high levels of awareness and trust in Turners’ brand.

“The decision was the result of detailed analysis by board and management, who believe the move to a single brand will create greater shareholder value over the medium term.

“This will also enable marketing and other cost synergies. The Turners brand dominates the New Zealand used automotive retail market for awareness and trust, with 90 per cent brand awareness nationally.”

Turners Automotive Group updated guidance for the full year to March 21, 2019, for NPBT to be above $32m, excluding a $4.5m one-off, non-cash adjustment relating to BRC rebranding. “This is consistent with the midpoint of previous guidance of five to 10 per cent below $34-$36m provided to in November 2018.

“While headwinds in the first half of the financial year have continued, fourth-quarter FY19 trading performance was slightly ahead of expectations and an improvement on the third quarter. Vehicle margins have continued to recover since the first quarter although pressure remains on used-import margins. In particular, demand in Auckland has remained soft.”