Fugitive Ghosn hits out at Nissan

Former executive claims the carmaker has lost its way since his departure and takes aim at the authorities in Japan. PLUS – video
Posted on 09 January, 2020 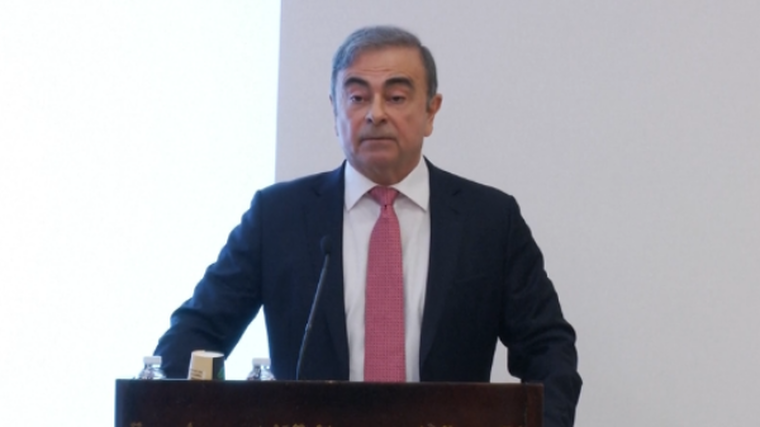 Carlos Ghosn, speaking publicly for the first time since his escape from Japanese justice, says he was treated “brutally” by Tokyo prosecutors and was the victim of a conspiracy to oust him from the helm of Nissan.

The 65-year-old fugitive told a packed news conference in Beirut he would not have faced a fair trial in Japan and would have been tied up in appeals there for five years.

He described the decision to flee Japan as the most difficult of his life. Ghosn said he was a "hostage" in the country with a choice between dying there or running and claimed prosecutors had tried to break his spirit by barring any contact with his wife, Carole.

He fled Japan at the end of December where he was awaiting trial on charges of under-reporting earnings, breach of trust and misappropriation of company funds, all of which he denies.

Ghosn said he escaped to his childhood home of Lebanon to clear his name. He declined to say how he got out of Japan but noted there were conflicting stories about his departure.

“You are going to die in Japan or you are going to have to get out,” he said, describing his feelings. “I felt like the hostage of a country I served for 17 years.”

Ghosn claimed he was kept in a cell with a small window and only allowed to shower twice a week. He also claimed to have spent 130 days in a windowless cell while in solitary confinement.

He added that he was interrogated for up to eight hours a day and “was brutally taken from my work as I knew it, ripped from my work, my family and my friends”.

Ghosn described the charges against him as “baseless” and repeated his claim that Nissan and Japanese authorities colluded to oust him following a downturn in Nissan’s fortunes and in revenge for French government interference in the carmaker’s alliance with Renault.

Ghosn’s news conference is the latest twist in a 14-month saga that has shaken the global automotive industry.

“Defendant Ghosn’s allegations completely ignore his own conduct and his one-sided criticism of the Japanese criminal justice system is totally unacceptable,” the Tokyo prosecutor’s office said after Ghosn spoke.

Ghosn said he had no plans to merge Renault with Nissan as some in Japan feared, but wanted to put the firms under a holding company. He named Masakazu Toyoda, an independent director at Nissan and a special adviser to the Japanese Cabinet; Nissan’s ex-auditor Hidetoshi Imazu; and the car company’s former executive vice-president Hitoshi Kawaguchi as the main architects of his downfall.

Ghosn became most animated when describing how he believed the Nissan-Renault alliance had lost its way since his departure, failing to seize opportunities such as a possible tie-up with Fiat-Chrysler and falling behind in investment in technology, profitability and market value.

Nissan has said an internal investigation found that Ghosn had engaged in personal use of company money and had under-reported his income in violation of Japanese law.

Japan’s Ministry of Justice has said it will try to find a way to bring Ghosn back from Lebanon, even though it has no extradition treaty with Japan.
Lebanon’s state news agency said a public prosecutor had summoned Ghosn for questioning.

“Why have they extended the investigation timeline, why have they rearrested me? Why were they so intent on preventing me from talking and setting out my facts?” Ghosn said of the Japanese authorities.

“Why have they spent 14 months trying to break my spirit, barring any contact with my wife?”

Turkish and Japanese authorities are investigating how Ghosn fled to Beirut and Interpol has issued a “red notice” seeking his arrest.