Final advice from the Climate Change Commission urges the government to end petrol-car imports and accelerate the uptake of EVs.
Posted on 09 June, 2021 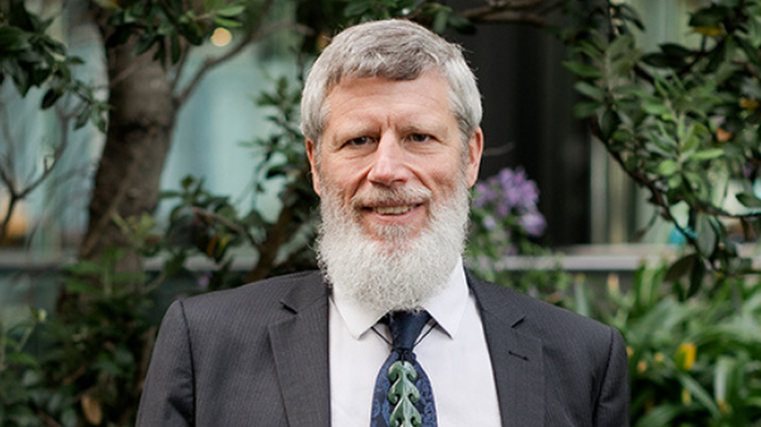 The Climate Change Commission is calling for imports of new and used petrol cars to be banned as early as 2030 if the government wants to meet its emissions targets.

Details of its final advice to government have been revealed in the report, Inaia tonu nei: a low emissions future for Aotearoa, which was tabled in Parliament by James Shaw, Minister of Climate Change, on June 9.

The commission has recommended officials focus on three key areas to reduce greenhouse gas emissions from transport, which currently accounts for about 33 per cent of the country’s total long-lived gas emissions.

These are reducing the reliance on cars, rapidly adopting electric vehicles (EVs), and beginning work to decarbonise heavy transport and freight.

“There is an opportunity to decarbonise transport by 2050,” the commission says. “This can be achieved by investing in the right infrastructure and systems, encouraging changes to behaviour, and adopting technologies that are available now and improving fast.

“Our final advice is more ambitious, compared to our 2021 draft advice for consultation, around shifting the way New Zealanders travel and supporting better infrastructure for walking and cycling.

“It places less emphasis on private vehicle use, although accelerating EV uptake is still key to achieving our emissions budgets.”

To accelerate emissions reductions from the light vehicle fleet, it recommends the government set a time limit on light vehicles with internal combustion engines (ICEs) entering the country being “no later than 2035 and, if possible, as early as 2030”.

It also calls for a progressively tougher emissions efficiency standard for imports and measures to accelerate the uptake of EVs.

A chapter in the report demonstrates how the commission thinks its suggested emissions budgets are achievable overall, with one pathway almost completely decarbonising the transport system. It notes electrifying the vehicle fleet is a critical element of meeting the government’s 2050 net zero target.

“Ending the import of internal combustion engine (ICE) light vehicles in the early 2030s is necessary in order to have most travel electrified by 2050 without forcing significant early scrappage of vehicles,” the report states.

“In the demonstration path, we assume EVs reach price parity with ICE vehicles on average by 2031.

“For light vehicles – cars, SUVs, vans and utes – imports of new and used ICE vehicles are phased out by 2032 and 2035, respectively. This timeframe is consistent with phase-out dates set by a growing number of countries and automakers.”

The commission says under such a plan, EVs will make up at least half of all light vehicle imports by 2029 and 36 per cent of light vehicles on our roads will be EVs by 2035.

It has also tackled the role of alternative fuels, such as hydrogen for heavy transport, and admits the topic was underplayed in its draft advice for consultation. “In response, we have been more fuel-neutral in our discussion of low-carbon fuel options.”

Dr Rod Carr, chairman of the commission, says its overall advice shows a thriving, climate-resilient, and low-emissions future for Aotearoa is possible – but the work must start now.

Details of its final advice to government set out “ambitious, achievable and equitable paths” to help New Zealand meet its climate targets.

The government has committed to reaching net zero emissions of long-lived greenhouse gases by 2050 and reducing biogenic methane emissions between 24 per cent and 47 per cent by 2050.

Politicians now have until December 31, 2021, to consider the advice, by which time the government must have set its emissions budgets and finalised the country’s first emissions reduction plan detailing the policies it will use to meet those goals.

“Transformational and lasting change is both necessary and possible,” adds Carr, pictured. “The technology and the tools Aotearoa needs to reach its climate targets exist today. Our evidence shows climate action is affordable.

“Current government policies do not put us on track to meet the commission’s recommended emissions budgets or the 2050 targets. As a country, we need to fundamentally change our response to climate change.

“Our advice reflects the position Aotearoa is in after years of short-term thinking and delay. Emissions will not reduce immediately – there is work to do first to lay the groundwork and the time to start that is now.”

The release of the final advice follows a nationwide consultation on the commission’s draft recommendations when more than 15,000 submissions were received.

“Evidence we received through consultation was used to test and refine our assumptions,” explains Carr.

“Our judgements, conclusions and recommendations were also assessed and modified where appropriate in light of the material we received.

“It is now over to government to decide whether to accept the advice, and to show how it will shape climate action in Aotearoa.”

Prime Minister Jacinda Ardern says she considers the commission’s report one of the most significant documents she will receive in her time leading the country.

She adds: “The decisions we make off the back of it will truly shape the future ... Acting now is not a choice. It’s an imperative.

“The commission’s report clearly demonstrates that acting now makes more economic sense than waiting, and that we can reduce emissions while continuing to grow the economy.”

In a speech to mark the release of the report, Ardern says if the government sticks with today’s policies and settings it will cost an estimated 2.3 per cent of GDP by 2050.

“But if we act now, and invest in a strong, inclusive, climate-friendly economy, the impact on GDP will be almost halved over that period, at around 1.2 per cent.”

Ardern says the government has been anticipating the commission’s report and has already taken steps to tackle climate change, including bringing in vehicle emissions standards for new imports and bringing back the mandate to include biofuels in petrol.