Suzuki gets thrifty with hybrid Swift

New model shows its credentials in a 220km test around Auckland’s roads.
Posted on 09 July, 2020 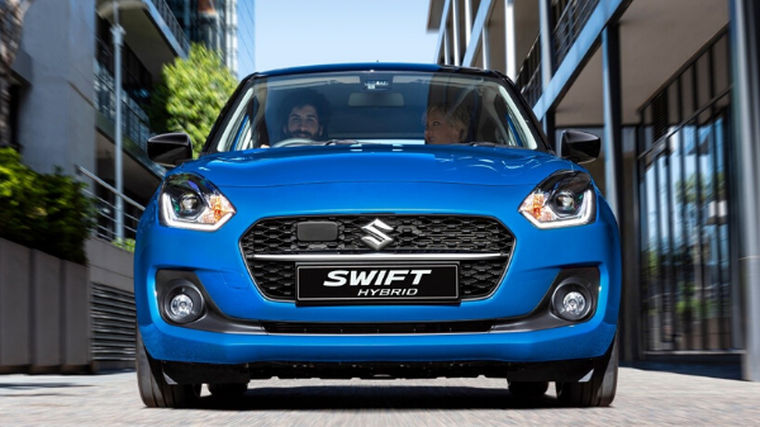 A new Suzuki Swift hybrid has shown it can be thrifty for motorists and easy on the environment after being put through its paces around the congested roads of Auckland.

In an independent test, one of the first of the petrol-electric 1.2-litre Swift Hybrid GLX five-door hatchbacks to arrive here averaged 4.2l/100km. The test was designed to replicate the daily commute for customers involving a mix of open road, around town, and stop-start motorway driving.

A petrol-only 1.2-litre Swift GL running in unison with the hybrid consumed an average of 4.75l/100km. The two cars ran together with two drivers swapping over to simulate near identical running conditions.

The Swift Hybrid, which comes in GLX and LTD grades, is powered by a new petrol engine and assisted by a 12-volt lithium-ion battery. Suzuki says the lightweight package adds 25kg to the car’s weight without compromising interior space.

Electrical energy accrues when decelerating and braking in the Swift’s mild hybrid operation and the automatic stop-start operation allows more fuel to be saved when the car stops at traffic lights or pauses in gridlock traffic with the footbrake depressed.

The engine stop-start facility uses the electric motor of the hybrid system to restart the engine rather than the starter motor. Instead of a conventional alternator, an integrated starter generator (ISG) generates electricity as well as restarting and assisting the engine as a motor.

Motoring journalist Donn Anderson drove the hybrid for the test and says it is more cost effective than regular petrol-only powered cars.

“One of the advantages of the special 12-volt lithium ion battery, which is additional to the regular lead acid battery, is that it runs enough various ancillaries at traffic lights to keep the petrol engine switched off,” he says.

There is also no need for charging as is the case with plug-in hybrids and full electric vehicles.

Suzuki says the hybrid requires no special maintenance but about 30 minutes of continuous driving is recommended every month to recharge the battery and prevent it from running out.

The marque pioneered the system known as Smart Hybrid Vehicle by Suzuki, or SHVS, four years ago and it is now available as a hybrid to the New Zealand market. SHVS harvests energy from braking and deceleration to top up the battery as the car is being driven.

The 12-volt lithium ion battery and ISG unit has a capacity of 50Nm of torque, which is not enough to power the car alone but helps on take-off and under heavy acceleration.

Drivers can observe the changes between electric assistance and petrol operation via the hybrid graphics in the instrument cluster. Other available graphics show the amount of fuel saved, how much idle stop time has amassed, and instant and average fuel consumption.

Suzuki claims the hybrid offers an improvement of 15 per cent in fuel economy, making it the most economical Swift model sold here. In addition, carbon dioxide (CO2) emissions drop by 25 per cent, from 110g/km to 94g/km.

Suzuki expects half of all Swift Hybrid sales in New Zealand will be to fleet and business customers. However, the carmaker predicts 24 per cent of all new Swift sales will likely be hybrid models.

“For many of us much of the time spent in our vehicle is on the commute to and from work,” adds Gary Collins, general manager of marketing for Suzuki New Zealand. “This can often involve a large amount of stop-start driving that typically uses considerably more fuel than open road running.

“It is in this situation that the Swift Hybrid shines with allowing customers to make a sizable saving in their running costs while also greatly reducing greenhouse gas emissions.”