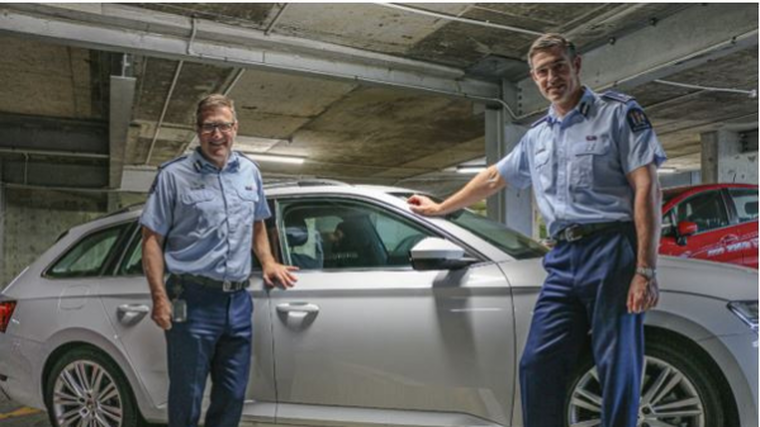 The Skoda Superb has been chosen as the new frontline car for New Zealand Police following the demise of Holden.

It has been chosen as the force’s primary response vehicle following a rigorous testing and evaluation process. The first cars are expected on roads and in communities by April 2021.

Police went to tender for a new preferred supplier after General Motors announced in February 2020 it was pulling Holden out of the Australasian market.

A request for proposals received submissions from seven suppliers with 27 different vehicles, before 12 shortlisted cars were put through their paces.

Commissioner Andrew Coster says two Skoda Superb models stood out as ideal primary response vehicles throughout the tender process and ranked the highest when all criteria were considered.

“Frontline staff said they handled well and they felt confident and safe driving the vehicle,” he explains.

“They liked the large doors with a wide opening range, easy-to-read instruments, front and rear visibility, and the spaciousness of the rear passenger area.”

Police will be using station wagons as they offer greater flexibility for deployment and were the preferred body type by staff. The 162kW, 2WD and the 206kW, 4WD Superbs will be deployed according to operational requirements.

Skoda vehicles are used by police and emergency services in more than 30 jurisdictions across Europe, including Austria, France, the Netherlands and the UK.

The average carbon dioxide (CO2) emissions for all fleet vehicles in New Zealand is 180.7g per kilometre, while the Superbs produce 162g/km for the 162kW model and 176g/km for the 206kW version.

“With more than 2,000 primary response vehicles currently in action, selecting a new supplier provides an important opportunity to reduce carbon emissions and ensure value for money across our fleet,” explains Coster.

“When compared to our current fleet, C02 emissions per kilometre could be reduced by up to 38.6 per cent per vehicle, depending on what is being replaced.”

Electric and hybrid vehicles were tested, but limitations including power efficiency and the total cost of ownership meant they were not the preferred option.

“While incredibly promising, electric and hybrid technology are not yet a viable option for our patrol vehicles,” says Coster. “However, we are committed to reducing our carbon emissions and have outlined a 10-year plan to an emissions-free fleet.”

Police say primary response vehicles in the existing fleet will be replaced when they have reached the end of their useful life – which is after about seven years or once they have clocked 120,000km – at a rate of about 400 per year.

Rodney Gillard, general manager of Skoda New Zealand, says the police contract is a “defining moment” for the company as it has grown its reputation and market share since first entering the local market in 2003.

“We had the opportunity to choose the vehicle we felt was best to present. The Superb is a fantastic performing vehicle, has low emissions and is one of the largest station wagons in terms of capacity on the market, but those could be only a few of the reasons the police selected it.

“The biggest thing for us from this will be increased awareness of Skoda and its vehicles.”