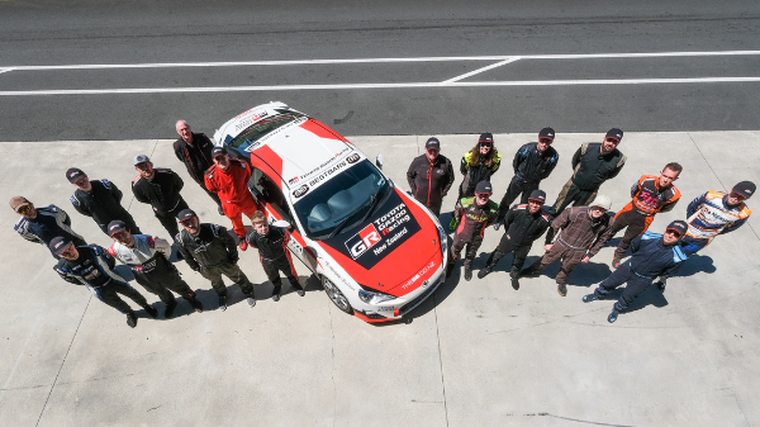 Toyota Gazoo Racing New Zealand (TGRNZ) is pouring $100,000 into the Best Bars Toyota 86 Championship to create the biggest prize pool for a domestic motorsport series in this country.

Organisers hope the cash boost will further increase the credentials of the competition, which is a major stepping stone for top Kiwi racing talent.

The winner of the 2021 championship will receive a test drive in a Toyota FT60 TRS racer, and a $50,000 contribution towards a TRS campaign. Alternatively, they can take a $25,000 cash prize.

Those who triumph in the masters and rookies categories will secure up to $10,000 in TGRNZ credits or $5,000 cash.

TGRNZ has already committed $500,000 in Covid-19 relief to the Kiwi Driver Fund to help up to 10 drivers into the Castrol Toyota Racing Series.

Geoff Short, category manager, says: “We’ve seen with the success of Peter Vodanovich and Jaylyn Robotham in securing significant deals to race in V8 Supercars that the New Zealand Toyota 86 category is on the radar for all of the major motorsport players in this part of the world.

TGRNZ also backs up the series with technical support and provides a 40-foot container of parts to make it easy to go racing at a national level.”

Details of the prizes on offer in the 2021 series were announced as 17 racers tried out the TR86 racer in a test day at Hampton Downs on October 16.

Drivers from single seaters, saloons, off-road and drifting enjoyed a taster of the series, which will run over five rounds from January to March.