New-vehicle sales ‘back to reality’

Year-to-date registrations in the new-vehicle market are down by 4.8 per cent on the first 10 months of 2018, while sales in October dropped by 10 per cent.
Posted on 05 November, 2019 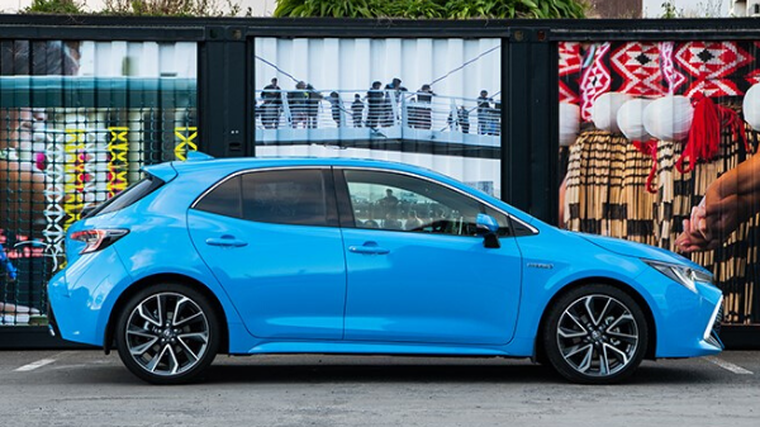 October 2018 was always going to be a challenge to better because it remains the strongest month of sales since 1975, according to Motor Industry Association data.

David Crawford, chief executive, reports year-to-date registrations in 2019 are down by 4.8 per cent on the first 10 months of 2018 – a drop of more than 6,500 units. He says: “The month of October continues the up-and-down pattern for 2019 in what’s a difficult and challenging market.”

Registrations of pure electric vehicles fell back to a more modest rate with the backlog of Tesla Model 3s largely being satisfied, notes Crawford, while the overall market fell by 4.8 per cent, or 6,508 units, compared to this time last year.

October’s top two models were the Toyota Corolla, pictured above, on 1,269 units, followed by the RAV4 on 887. The Ford Ranger dropped to third with 829 sales.

Toyota remained the overall market leader with a market share of 28 per cent and 4,239 units, off the back of strong rentals. It was followed by Ford with eight per cent and 1,235 units, while Mitsubishi was third with the same market share percentage and 1,168 sales.

The passenger vehicle and SUV market

Ford’s Ranger retained the top spot as the best-selling commercial with a market share of 19 per cent and 829 units during October. It was followed by Toyota’s Hilux with 16 per cent thanks to 692 sales. The Mitsubishi Triton came third with eight per cent and 364 units.

Toyota regained the market lead with a 23 per cent market share and 997 units. Next up was Ford with 22 per cent and 938 units, with Mitsubishi third on 364.

The top three segments during October were medium-sized SUVs with a 20 per cent market share followed by compact SUVs on 13 per cent. Small passenger vehicles came third with 13 per cent, while the pick-up and chassis four-by-four segment came fourth.

Reflecting the brand’s strength in rentals, the top five rental models year to date are Toyotas – the Corolla on 2,916, RAV4 with 1,210 units, Yaris on 609, Camry with 460 registrations and the Land Cruiser Prado on 456.