Associate transport minister Julie Anne Genter has shared her views on the latest clean car proposals, why she's confident they are necessary and the ESC requirement at VIA's annual mid-winter dinner.
Posted on 11 July, 2019 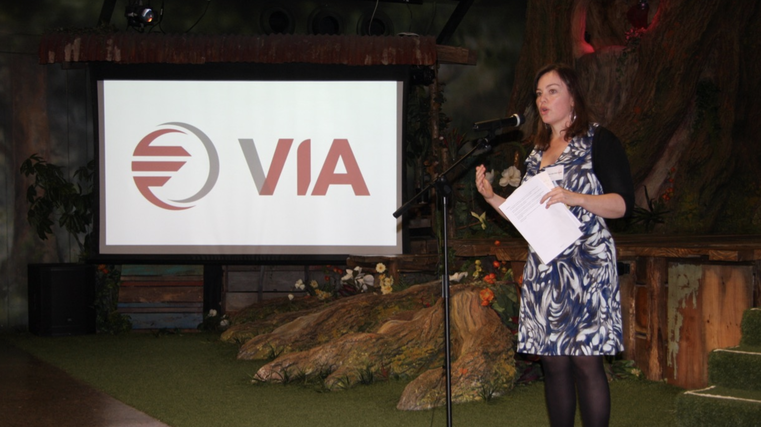 Associate transport minister Julie Anne Genter spoke to key industry players at the VIA (Imported Motor Vehicle Industry Association) mid-winter dinner regarding her views on the government’s latest clean car proposals, and why she’s confident they are necessary.

Genter also discussed her standing on the mandatory ESC requirement taking place next year. She revealed she was “quite surprised to see how large the impact might be” and is asking for the ministry’s advice.

Below are key aspects of Genter’s speech:

To everyone that’s here, I want to just say I would love to welcome the opportunity to have a very free and frank conversation about how we can work together going forward to address some of the biggest challenges we will ever face.

I’m not in the least anti-car, it is true I took the train here tonight, but just to prove to you I’m not anti-car, I’m going back in a car. The point I’m trying to make is, it’s just whatever works for that particular journey.

Car’s extremely useful, especially for someone like me who has to get out to the bush, to go skiing, to go to the beach, to see beautiful parts of New Zealand. But it’s not always practical for large numbers of people in one area at a given time. In fact, it’s incredibly in practical if you’ve got a million Aucklanders trying to get around at one time.

The reason why I took the train tonight is because I know how much of a nightmare the motorway can be at peak time.

So that’s really the point, it’s not about being anti-car. It’s about being pro-choice. We need to have a diverse transport system. If it’s only focused on car trips, it can be quite bad for people trying to get good around New Zealand, as the road network has variable speeds. Trains, on the other hand, aren’t very variable, they can be very predictable.

David mentioned I made safety a top priority when I came into my role because I have delegation for road safety.

New Zealand has one of the worst rates of deaths and serious injuries on roads in the OECD. The primary way we are going to get there is not through vehicles, yes that’s part of it. But really the big focus is ensuring we have a safe road system, making sure we have a good road network, if someone makes a mistake they’re less likely to crash. We have to fix up our infrastructure.

I can’t take the blame for ESC, I just want you all to know that. That was a rule made in 2012, and I only recently found out about the fact that it’s about to start to affect you. I was quite surprised to see how large the impact might be.

I’m asking the ministry for advice on that and of course, I would like to work closely with you and what the impact is going to be on your business.

Climate change solutions that are going to last

I think climate change is the biggest issue facing us at the moment, even if we’re not thinking about it. I know that in your businesses you have to think about the short term, some of you, depending on your business might be thinking of a longer-term but as a government, we’re also not incentivised to look at the long term, even if we should.

When it comes to a problem like climate change we have to think long term, we need to think of solutions that are going to last changes in government. We need some sort of societal consensus that this is something we need to address.

As associate minister of transport, it’s important to me that we work together, we won’t always agree on things, but we do need to work together.

I need your help. I need your help to make sure we reduce the fossil fuel use of vehicles in New Zealand. Cars, utes and vans are responsible for the majority of climate pollution in transport. It’s not like a power plant, this is millions of individuals making decisions every day on what vehicle they are using and how much they are using it.

We’ve got to find levers and techniques that slightly nudge our behaviour towards something that isn’t going to kill the environment. But they are constrained by a number of factors, including how much money they have to spend on a car, what cars are available, what trips they need to make. So, influencing what cars are on offer to them, will influence their decisions.

Now David, you’re very critical of our clean car standard. I couldn’t call it a green car standard because I’m in the green party and the other parties wouldn’t have accepted that. So, I had to choose something simple.

I understand what you’re saying that it does conflate two issues, but ultimately, we want vehicles that don’t have harmful noxious emissions and don’t use so much fossil fuel. The ideal cars are going to better for both.

Used vehicles are not the major problem, the main problem, so far as I’m concerned are the new vehicles that extremely fuel hungry.

Whereas if you look at the top five used vehicles that are most popular, almost all will be getting a discount. So, even though there’s this perception that it’s dirty, second-hand imports from Japan that are going to have to face fees, and will be subsidising EVs. It’s quite the opposite.

I expect EVs to be a small proportion, I expect them to be very fuel-efficient petrol cars, hybrids because they can do more of what people need right now.

The vast majority of people who will be affected by these two schemes are people in urban areas. I promise you there are more double-cab utes being driven around in urban areas, then out on the farm.

There are alternatives, there’s at least one Ute that won’t face a fee. So, a combination of both standards and incentives that we increase the supply of clean, efficient vehicles.

The rationale behind the standard

The clean car standard or the fuel economy standard, the way we’ve designed it has been such that we are trying to allow for different weight classes of vehicles.

Perhaps the reason why the standard is complex is that we are trying to allow for this variation that should provide for a variation in demand in the market.

The rationale behind having the discount and the standard together is that evidence from overseas is that the combination of a fuel economy standard and taxes and incentives has been the most effective thing to reduce carbon pollution.

The feebate is there to help the industry with the implementation of the standard.

The modelling we’ve done is that the significant reduction in emissions comes from the standard not so much the feebate. The feebate supports it and switches the behaviour, we can’t have a feebate that lasts for 20 years that’s just my opinion.

It would be good to have a sunset clause like five to seven years down the line, we don’t want to go backwards. If we’re serious we need to do our bit.

If we implement a standard, everyone needs to comply with it, one business isn’t putting themselves out in having to be undercut by someone else. So, it makes it a level field for everyone.