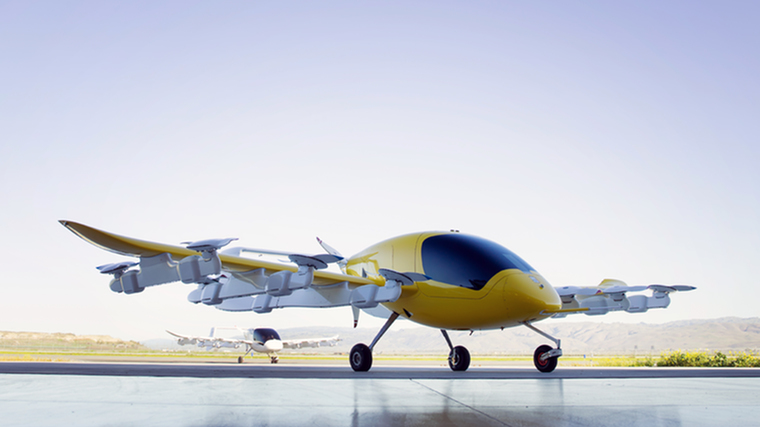 In 2016, Page invested in two flying car start-ups. One of those was Kitty Hawk, a California based company, who is developing Cora in conjunction with Zephyr Airworks, a New Zealand operator. Sebastian Thrun, Kitty Hawk chief executive, is a computer scientist who founded a Google research and development facility, which developed Google's self-driving car project. Fred Reid, Zephyr Airworks boss, has been chief executive of Virgin America and president of both Lufthansa and Delta Air Lines. Formerly Zee.Aero, Zephyr Airworks is Kitty Hawk's operator in New Zealand, although the companies haven't put a timeline on when it will be available publicly. Both companies are convinced this new type of vehicle is the future of transport. Reid said to Stuff that the concept would be commonplace "10 or 20 years from now". Thrun said road traffic was incredibly congested and there was no space to dramatically increase road capacity. A timeline on the website shows how far things have come over the years, from the electric aircraft’s first hover in 2011, first self-piloted transition in 2014, having a real person fly safely in the air taxi in August 2017, to beginning flight testing in New Zealand in October. Specifications The flying vehicle is intended for use as part of a transportation service instead of sale to individual users. It's built to use autonomous software, and uses 12 lift fans for vertical take-off and landing (VTOL) like a helicopter, so there's no need for a runway. According to the company's FAQs, Cora is equipped with three independent flight-computers that each calculate its location. If there’s an issue with one of them, Cora can still reliably navigate. The fans and propellers are also electric, they can operate independently. An issue with one has no effect on the others. Cora can operate between 500 ft to 3000 ft above the ground. It’s wingspan is around 11 meters. The air taxi’s range is currently around 100 kilometres and can reach a speed of 180 kilometres per hour. What does this mean for New Zealand? Airways New Zealand announced yesterday it is piloting future technologies needed to support the arrival of autonomous flying vehicles in New Zealand airspace. The air navigation services provider will develop a nationwide unmanned aerial vehicle (UAV) traffic management system, known as UTM, to enable drone activity across New Zealand airspace as well as integrate these vehicles safely into the national air traffic network. Airways CEO Graeme Sumner says, “There is no doubt that technology is evolving and Airways’ role is to enable safe and flexible access to our airspace to allow these new industries to thrive. “New Zealand’s regulatory environment and relatively uncongested airspace make us an attractive option for new operators. We are looking for ways to safely support more complex operations and facilitate new entrants, including the Zephyr Airworks’ autonomous aircraft, into our skies.” Mayor of Christchurch Lianne Dalziel says the project is a perfect fit with our new city of opportunity – a city where we can explore and realise ideas. “I have had the privilege of seeing the self-piloted air taxi and I am very excited about what it offers for future generations – to live and move in a way that has never been possible before.” “This aircraft represents the evolution of the transport eco system to one that responds to a global challenge around traffic and congestion, and is kinder to the planet. This is a fully electric aircraft that rises into the air like a helicopter, flies like a plane and then lands again like a helicopter. “Christchurch is committed to becoming carbon neutral and we are embracing future technologies in the areas of future transport, future foods, Antarctica and space technology, technical adventure clothing, social enterprise – we are open for business and making strong strides in these areas. This project is a great example of our commitment to be prepared for the future and I am grateful to Zephyr Airworks for partnering with Christchurch and Canterbury.”