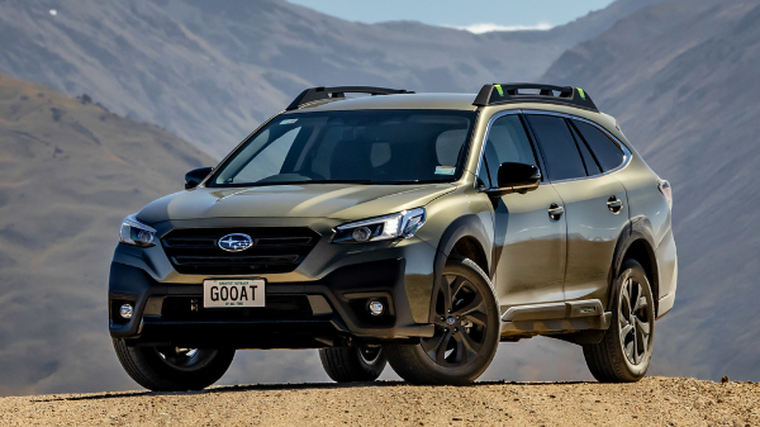 Subaru dealerships have reported strong early demand for the sixth generation Outback, which has been the marque’s most popular model of the past 25 years.

The latest version of the SUV went on sale on February 22 and is described as the “biggest, safest, most technologically advanced and luxurious Outback ever”.

Wallis Dumper, Subaru of New Zealand’s managing director, says the company is excited about the arrival of the three-variant Outback range.

“The New Zealand public are equally enthusiastic, and our 16 nationwide Subaru Authorised Centres have already received strong forward orders since the 2021 Outback was revealed in early January,” he adds.

“Ever since the initial Outback was launched in 1996, this Subaru SUV has consistently been a game changer and sales catalyst for Subaru in New Zealand.

“It’s been six years since the last generation update but it will certainly have been worth the wait, as we eagerly look forward to launching this hugely-improved version of our already-popular Outback.

The latest model has been dubbed the Greatest Outback of All Time (GOAT) in its launch campaign and features an 11.6-inch touchscreen, power driver and passenger seats, Driver Monitoring System (DMS), 18-inch grey alloy wheels, smart entry and push-button ignition.

The Outback is also the first Subaru to include a front passenger seat cushion airbag, taking its total of airbags to eight.

Towing capacity has been lifted to 2,000kg across the range, with a 200kg down ball load.

Dumper says the launch of the new Outback marks the model’s 25th anniversary and it has remained the most popular Subaru across the range in New Zealand over that period.

“New Outback epitomises all the qualities for which this model has become famous over the last quarter of a century: strength, quality, style, engineering, safety and – of course – fun.”