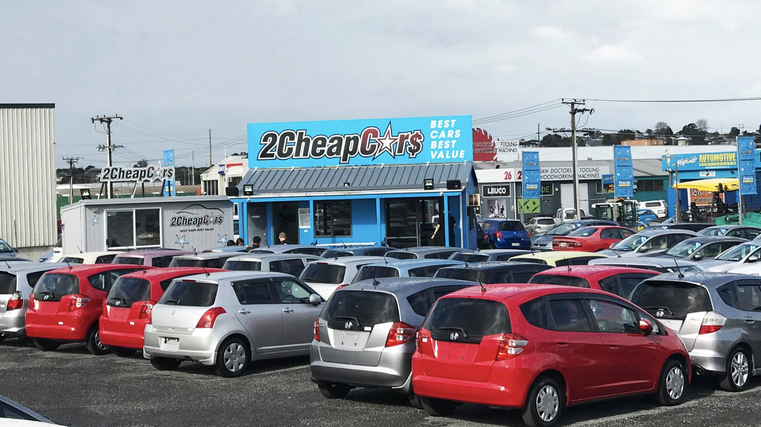 Vehicle retailer 2 Cheap Cars Ltd is facing faces 10 charges under the Fair Trading Act (FTA) over its “must liquidate" and “84% off” advertising claims, and its use of “warranty waiver” documents.

The decision follows a Commerce Commission investigation, which was opened in November 2017 after it received a number of complaints from consumers.

In advertising for its September 30 and October 1, 2017, sales, 2 Cheap Cars made statements including, “2 Cheap Cars is in hot water, it must liquidate immediately” and “a massive price drop this weekend”.

The commission alleges this advertising was misleading as to the price of the cars because it suggested that many vehicles would be significantly discounted, and there would be no further opportunity to purchase from 2 Cheap Cars.

Most of the 710 vehicles then for sale nationwide were not discounted at all or had discounts of as little as $5 and 2 Cheap Cars was not in – or going into – liquidation.

84 per cent off claims

These charges apply to conduct between January 1, 2014, and December 31, 2017. During that period, 2 Cheap Cars frequently asked car buyers to sign a “warranty waiver” document if they chose not to purchase an extended warranty.

The “waiver” included terms such as:
- “The vehicle you are purchasing does not include a warranty of any kind.”
- “[If] you choose not to purchase the indicated warranty at this time, you must sign this waiver.”
- “I do understand that 2 Cheap Cars will comply with the Consumer Guarantees Act. I also understand that I am, and would prefer to be, solely responsible for any repair bills.”
- “If any repairs are carried out it will be done by 2 Cheap Cars [L]imited at a time of their convenience and that there are no courtesy cars provided.”
- “Consumable items such as but not limited to tyres and batteries … are not covered by the [Consumer Guarantees Act].”
The commission alleges the waiver documents misrepresented consumers’ rights under the Consumer Guarantees Act (CGA) because:
- Under the CGA, consumers have rights of remedy against suppliers whether or not the goods are covered by any other warranty.
- A consumer does not lose the CGA protections by declining to purchase an extended warranty.
- Remedies under the CGA must be done within a “reasonable time”, not at the convenience of the supplier, and consumers can recover from the supplier costs that are reasonably foreseeable as a result of the failure. They may include the cost of hiring a rental car while a repair is being undertaken.
- The CGA applies to the goods purchased, which in this case includes the tyres and batteries.

The commission estimates consumers signed in excess of 20,000 warranty waivers during the charge period and 2 Cheap Cars, “which operates 14 car yards across New Zealand”, stopped using them in December 2017 after being notified of the commission investigation. As this matter is now before the court, the commission will make no further comment at this time.

Advice from the commission

Consumers need to be able to rely on the accuracy of claims. This page of the commission’s website has information about making accurate claims and includes its video “If you can’t back it up, don’t say it”.

Retailers must comply with the disclosure rules around selling extended warranties, such as mechanical warranties offered by motor-vehicle dealers. Extended warranties feature in episode 10 of the commission’s animated series It’s All Good.