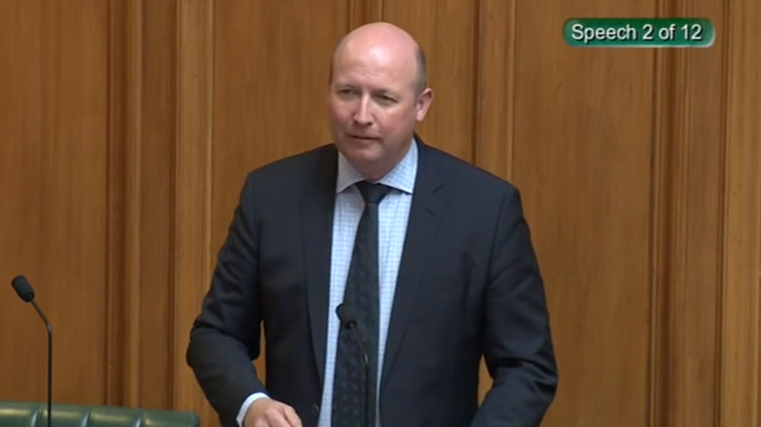 The National Party has slammed the government’s clean car policies as a “tax grab” as the Land Transport (Clean Vehicles) Amendment Bill passed its first reading.

The legislation that comes out of it will enable the regulatory framework for the clean car standard and clean car discount, which has had its launch date pushed back by three months to April 1, to be enabled.

The bill passed its first reading on September 21 by 77 votes to 43. Labour, the Greens and Te Pāti Māori all voted for it, while National and ACT opposed it.

David Bennett, National’s spokesman for transport, describes the scheme as a “tax grab”, which will “hit hard-working and vulnerable New Zealanders the hardest”.

He adds: “This is politics of the elite, for the elite. It will hurt the people that very much are the ones who need to be looked after in the transition to a modern climate-change economy.

“This bill is a pipe dream that have some illusions of how a market works. [There are] some misunderstandings of how this bill will actually work in practice.”

Bennett, pictured, who is predicting the bill will backfire for the government, adds many costs and details to fall on the automotive industry are still unknown.

This is because they need to be laid down in regulations, which has yet to be set down. He has urged the government to release details around this now.

However, Julie Anne Genter, the Greens’ transport spokesperson, says the country’s most vulnerable people are not buying new cars.

“You are hugely out of touch if you think the people paying the fees on this are vulnerable New Zealanders,” says Genter, who put forward the original ideas behind the current clean car policies while Associate Minister of Transport in the previous government.

ACT’s transport spokesman, Simon Court, describes the bill as “virtue-signalling nonsense”, which will see the government raiding Kiwis’ back pockets.

He adds: “The [clean car] standard is meant to lower New Zealand’s carbon emissions, but the policy will fail to reduce a single gram of emissions in the country.

“Transport is covered by the emissions trading scheme, so reducing one gram in transport simply allows one gram to be emitted somewhere else.

“Worse still, the Motor Industry Association [MIA] has pointed out that the bill deviates from reality by setting standards so steep that only distributors of battery electric vehicles could reach them in the time span set by the bill.

“This puts New Zealand out of step with comparable countries, even if the policy would result in lower emissions.

“The MIA estimates the combination of fees under the clean car discount and penalties under the standard could see between 15 and 20 per cent increases to the price of light vehicles.

“The rationale for this is either the government doesn’t understand its own climate-change policies or it is trying another sneaky revenue grab on motorists.”

To watch videos and hear speeches from the first reading of the bill, click here.