Neighbour thankful no one hurt as fire investigators probe the cause of a blaze at a vehicle compliance and repairs shop in Auckland. PLUS – gallery
Posted on 04 November, 2019 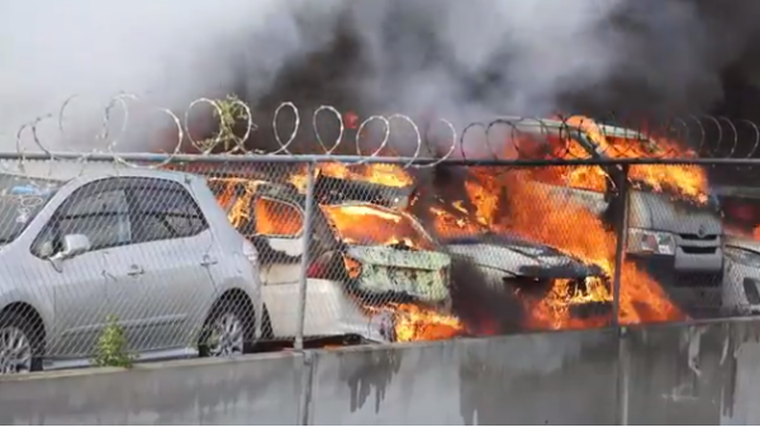 1/5
The cause of the fire at Import Vehicle Compliance and Repairs is under investigation. 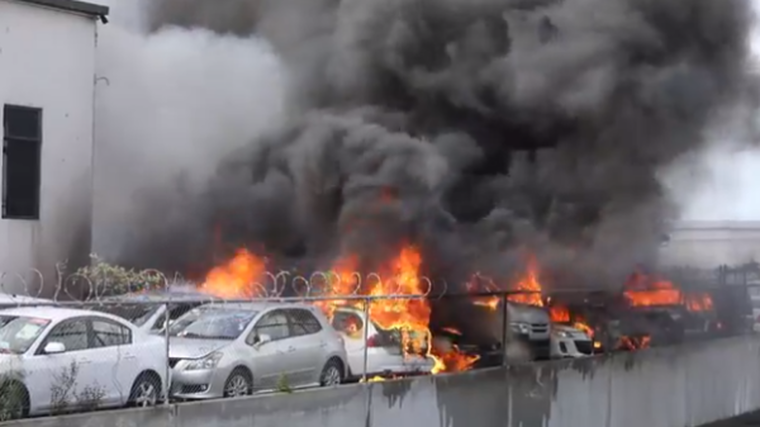 2/5
Plumes of smoke from the blaze could be seen in neighbouring suburbs. 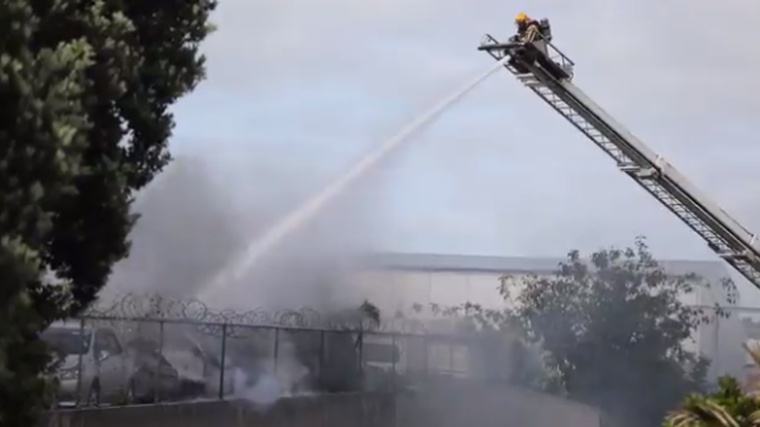 3/5
An aerial fire appliance worked with crews on the ground to extinguish the flames that engulfed dozens of cars. 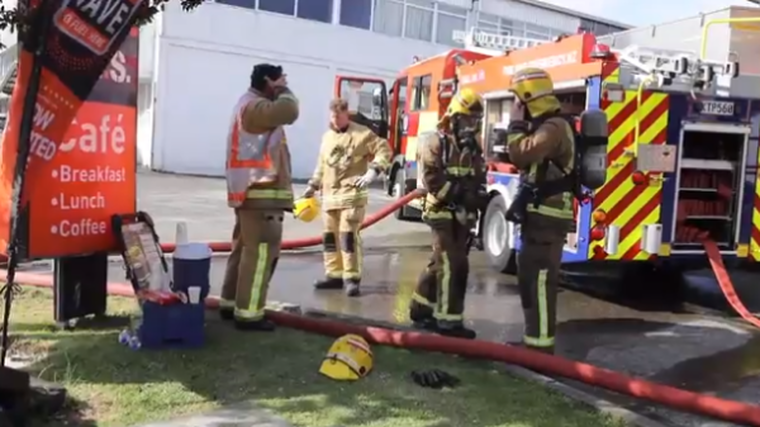 4/5
Fire crews remained at the scene for about four hours. 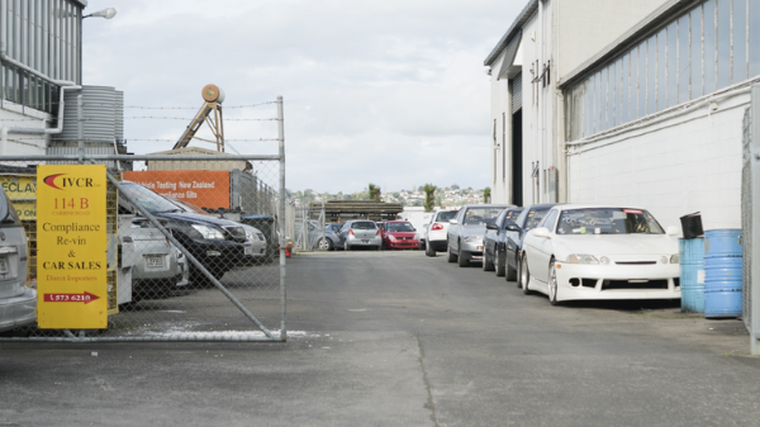 A car dealer says it is lucky no one was hurt after flames engulfed dozens of vehicles at a compliance and repairs shop in Auckland.

Fire and Emergency NZ (FENZ) sent two fire trucks to Carbine Road, Mount Wellington, at about 4pm on November 2 as thick smoke was seen rising from Import Vehicle Compliance and Repairs (IVCR), which is located behind a service station between Gabador Place and Fisher Crescent.

Crews on the ground and an aerial fire appliance worked together for about an hour to extinguish the blaze before remaining on site until about 8pm dampening down hot-spots. A FENZ spokeswoman says a fire investigator attended the scene but the cause of the blaze was unknown and investigations are continuing.

It is understood the IVCR building was not damaged in the incident, with the fire only affecting cars parked outside.

Harry Haider runs the car dealership JVI Limited, which is next to where the fire broke out, and says it was fortunate no one was injured in the blaze. He estimates there would have been more than 30 cars parked at IVCR when the fire started.

“It’s lucky that no life was lost or anybody got hurt. Cars can be very dangerous things and quickly they can each catch fire because they are parked close to each other,” he says.

“We’re all OK here at JVI. The police called me about the fire on Saturday just to let me know what was happening, but it was well out the back and my car yard is at the front.”

At the height of the incident, a witness at nearby Sylvia Park shopping centre said they could see “black smoke billowing out from a building in the industrial precinct – I could see it from miles away”.

Another believed the fire caused vehicles’ fuel tanks to explode. “The flames quickly swallowed up cars and fuel tanks exploded from time to time, shooting fireballs into the air.”

IVCR has been in operation since 2006 and, according to the company’s website, it imports vehicles from Japan, Australia, the UK and the US. It performs vehicle compliance testing and certification services and claims it can process up to 35 cars a day.

Faiyaz Rauf, the owner of IVCR, declined to comment.