Dealers enjoy increasing demand since Covid-19 restrictions were lifted and Toyota maintains its dominance of the market.
Posted on 03 July, 2020 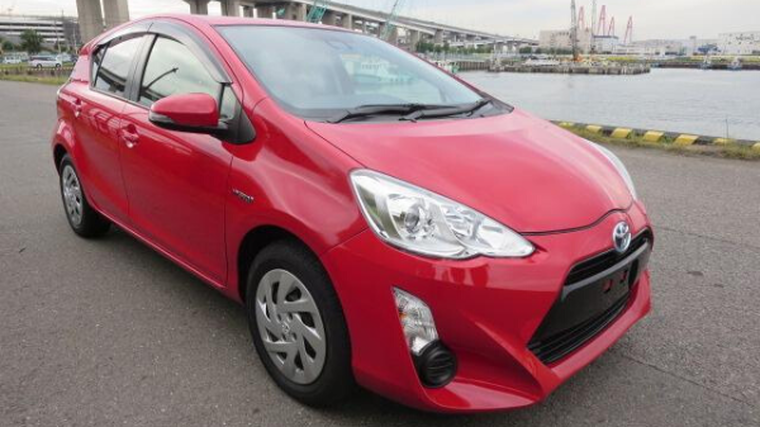 There were 11,962 used-imported passenger vehicles registered in New Zealand last month, which was seven per cent more than for June 2019 as sales continue to pick up since the Covid-19 restrictions were lifted.

It improved on 9,565 sales in May this year and maintains the market’s momentum after just 622 registrations in April when the nation was mostly under lockdown measures. May’s figure was 21.7 per cent below what was achieved in the same month a year earlier.

June brought more improvement around most of the regions as all Covid-19 restrictions on business operations were gone. In the main centres, Auckland saw a 2.9 per cent increase to 5,422 when compared to 5,269 in June 2019. Wellington’s year-on-year figures fell 1.4 per cent to 844 registrations, and Christchurch’s numbers increased 9.6 per cent to 1,512.

The Mazda Axela held on to the top spot as the most popular model. It was followed by the Honda Fit and Toyota Aqua, pictured.

Suzuki’s Swift was fourth in the rankings with 387 units sold, a decrease of 21.3 per cent from the same month last year.

Nissan was second for the month with 2,084 units, a market share of 17.4 per cent, and Mazda was third on 1,924 registrations, for a market share of 16.1 per cent. While Nissan’s number of sales fell 10.3 per cent compared to the same month last year, Mazda enjoyed a 9.6 per cent increase.

There were 960 used-imported commercials registered for the first time last month, which was an 11.9 per cent increase compared to 858 in June last year.

June 2020’s total was a substantial increase on April’s figure of 87 sales as the impact of the Covid-19 hurt businesses and up from 833 in May.

Nissan was runner-up on the marques’ ladder in June with 230 sales for a share of 24 per cent, and Mazda was third with 54 units and 5.6 per cent. Nissan’s NV200 was second in the model chart with 63 sales and a 6.6 per cent share of the overall total, while its Caravan was third with 59 units sold during the month.

Most of the regions saw sales continue the climbs they enjoyed in May. Hamilton was among the top performers with a 42.3 per cent jump in registrations and 74 units sold last month compared to 52 in June 2019. Dunedin had a 33.3 per cent increase, with sales climbing from 30 in June last year to 40.

In the major centres, Auckland had a 1.2 per cent fall year on year, with 399 registrations in June compared to 404 in the same month of 2019. Wellington’s numbers increased 25.5 per cent over the same period, from 47 sales to 59, while the number of units registered in Christchurch increased three per cent, from 100 to 103.