Marque claims the new Skoda Karoq is nine per cent more aerodynamic than its predecessor.
Posted on 30 May, 2022 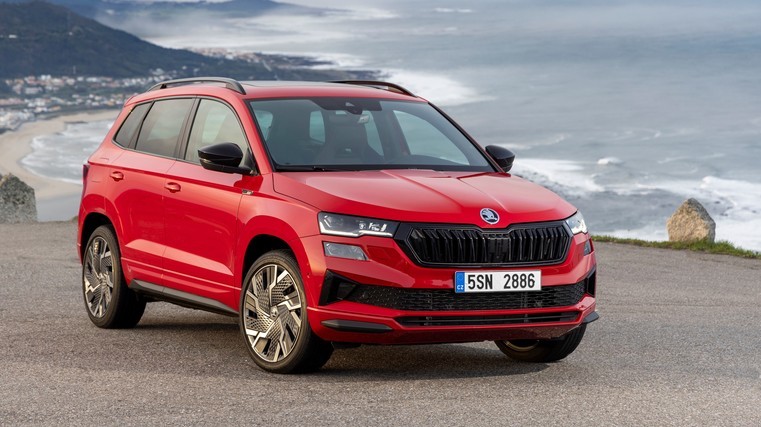 New design details for the mid-sized SUV include a wider, hexagonal grille, slimmer LED headlights and taillights, and the Karoq gets full-LED Matrix headlights for the first time.

The marque says the aerodynamics of the vehicle have been improved by nine per cent thanks to new 18-inch or 19-inch alloy wheels, a longer rear spoiler, side finlets on the rear window and a covered underbody.

A refreshed decorative trim and upholstery, which has the option of being made from sustainable materials, is among changes to the vehicle’s interior.

Connectivity features include a choice of the Bolero or Amundsen infotainment system and both come with an eight-inch screen.

The new Karoq is available in Ambition and Style trim levels, with both variants featuring a petrol engine with a power output of 110kW, and the range-topping Sportline variant, pictured, gets a 2.0 TSI engine producing 140kW with all-wheel drive.

The boot capacity is the same as in the previous model – 521 litres with the seats in their default position and 1,630L when folded down. With VarioFlex seats, those figures increase to 588L and 1,605L respectively.

Nine body colours are available and include two metallic paint finishes, Phoenix Orange and Graphite Grey, making their debut in the range.
Pricing starts from $43,990 plus on-road costs.