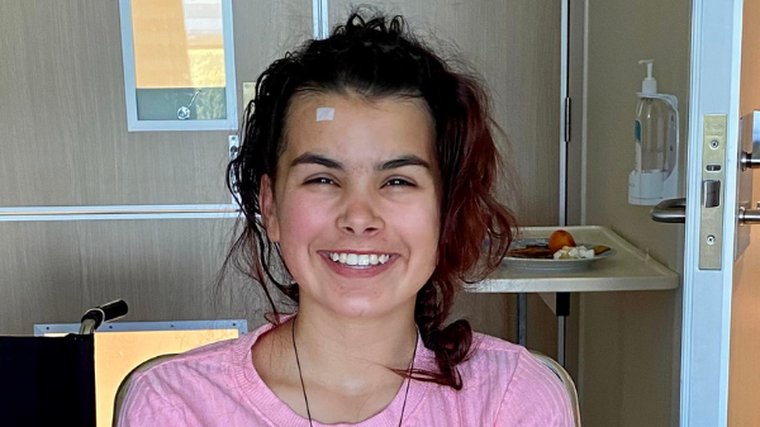 The 15-year-old daughter of a Wellington car dealer, who helped raise more than $500,000 for brain cancer research, has passed away peacefully.

Jemima Gazley, pictured, was diagnosed with inoperable stage four brain cancer in February this year and one of her final acts was to launch a fundraising campaign that has attracted more than 5,200 donations.

The daughter of Oliver Gazley, dealer principal of the Gazley Motor Group, started a Givealittle page on October 2 to raise funds to support Associate Professor Matt Dun’s cancer protein research in children at the University of Newcastle in Australia.

Jemima, who her uncle Myles Gazley says “wanted to make a difference for other children”, died on October 12.

Her family wrote on the Givelittle page: “It is with a heavy heart to let you know Jemima’s incredible journey on earth has come to an end.

“She passed away peacefully this evening and she wanted to let you all know that she is finally cured and free. She is dancing through the heavens, laughing and full of joy in her return to pure energy.

“With our most sincere gratitude and love — please know every one of you have made the final chapter her greatest triumph. Her legacy will live on.”

Mercedes-Benz NZ has also supported Jemima’s effort by donating $10,000 directly to Dun’s work, the Hirsch Family Funderpants organisation is contributing US$10,000 (NZ$14,386), and a private benefactor has pledged $50,000.

To make a donation to Jemima’s Wish, visit givealittle.co.nz/cause/jemimas-wish