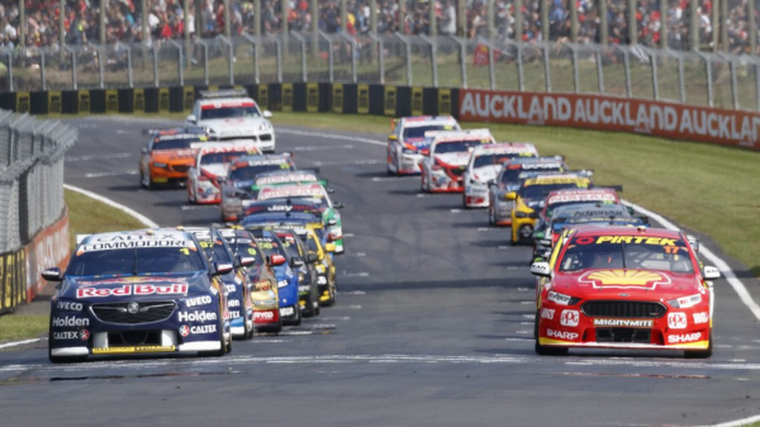 The New Zealand round of the Supercars championship has been cancelled for the second straight year because of the coronavirus pandemic.

Officials have rejigged the calendar for the second half of the season in response to ongoing Covid challenges on both sides of the ditch.

The Auckland SuperSprint was due to take place at Pukekohe Raceway on November 6-7 but with the government pausing the trans-Tasman travel bubble the decision has been made to scrap the event.

Sean Seamer, chief executive officer of Supercars, says it is disappointing not to bring the series to New Zealand but the ongoing travel uncertainty and the risk of incurring significant costs had forced the decision.

“Whilst we’re extremely disappointed that we can’t get to New Zealand, we have been speaking to stake holders there and we intend to get there as early as possible in 2022,” he told Stuff.

Last year’s event was also cancelled because of the impact of the pandemic, with the last Supercars action in New Zealand at Pukekohe in 2019.

Seamer says one of the options being considered is holding next year’s New Zealand round over the Anzac weekend. The 2022 calendar is expected to be announced in October.

Other changes to the championship calendar for 2021 have seen the Bathurst 1000 pushed back a month to early November and the Perth round has also been cancelled.

“With the ever-changing Covid landscape, our teams and broadcast partners have agreed it is in all our stakeholders’ best interests commercially and competitively to move our premier event to a later date,” explains Seamer.