Shane van Gisbergen takes the spoils in a new event as Auckland enjoys a double dose of rally action.
Posted on 16 November, 2020 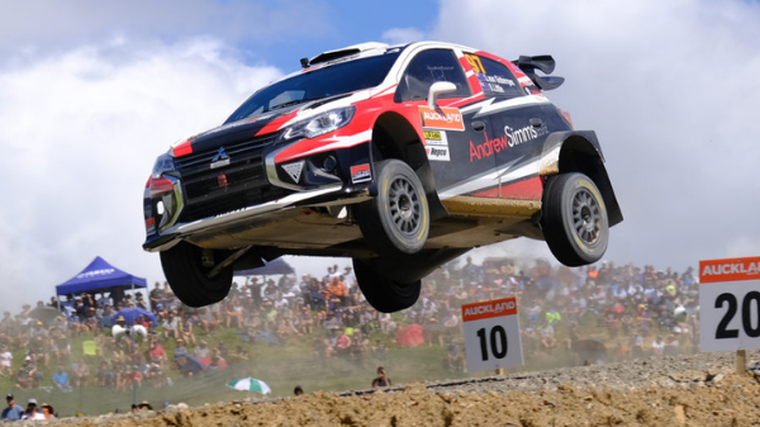 The 2020 Bathurst winner had been quick all day and threw down an impressive time of 1:20.047 over the 2.2km rallysprint course in the final.

Campbell was unable to match the pace of Van Gisbergen’s Mitsubishi Mirage AP4 and clocked 1:21.626 in front of a 5,000-strong crowd at the Whitford site.

Rally ace Hayden Paddon had set the record time – 1:19.930 – during the early runs before he made a small mistake towards the end of his top-eight effort and clipped the bank. The error fired him into a roll and out of the event but he wasn’t hurt in the incident.

Van Gisbergen says he is keen to do more rallying if his Supercars boss allows it.

“The whole few days has been really cool,” he notes. “I had a great time and learned a whole lot about rallying.”

While Paddon crashed out of action at Jacks Ridge, he came away with the spoils the day before after winning the City of Auckland Rally.

The Hyundai driver, pictured below, claimed the victory by two minutes and 40 seconds and dominated as competitors tackled roads set aside to be used in the Covid-ruined WRC Rally New Zealand.

Raana Horan finished second in his Skoda Fabia R5, while Dylan Turner and his Audi edged Emma Gilmour in a Suzuki by 0.3 seconds to clinch third.

Graham Featherstone was fifth in his Mitsubishi while Hadyn McKenzie impressed for sixth in another Mitsubishi.

Van Gisbergen, driving his father Robert’s Ford Escort, was the first of the 2WD cars home as he beat a number of seasoned gravel campaigners and 4WD competitors.