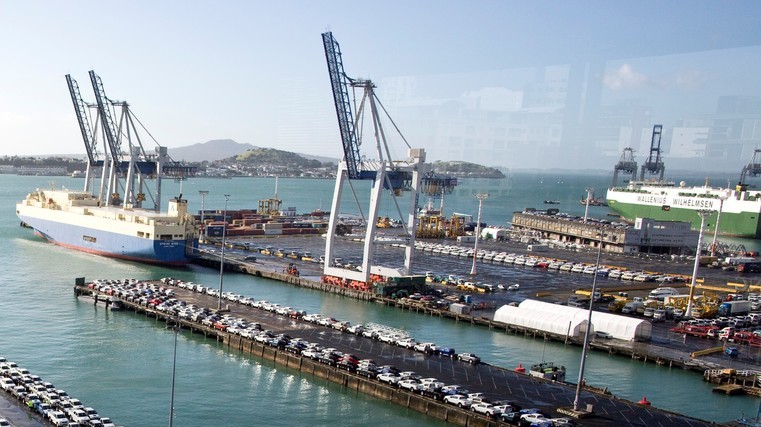 Imports eased 0.6 per cent in November, with the largest fall being in passenger motor car imports, down 35 per cent due to a delay in unloading one cargo ship in November.

“In a repeat of events in February this year, another vessel was ordered to leave New Zealand waters in November due to the discovery of stink bugs,” international statistics manager Tehseen Islam said.

“The goods on this vessel would normally have been included in November’s import statistics but will now be included in the statistics for the month when the goods are unloaded.”

Islam noted, however, after some car shipments were blocked in February, car imports bounced back in the following months.

Even though passenger motor vehicles fell $178 million, or 35 per cent in November, import values only eased 0.6 per cent to $5.8m.

This is the seventh consecutive month with an import value of over $5b, and the fourth-highest total on record.

Aircraft and parts were the next largest fall, down $143m from the same month last year and petroleum and products recorded an 11 per cent decrease compared to November 2017.

There was a decrease of $84m, or 20 per cent, in imports from Japan last month due to falls in motor vehicles, down $40m. Contrastingly, China recorded an increase of $157m, or 14 per cent, to $1.3 billion, led by rises in a range of commodities.

Exports of aluminium and beef were the leading contributors to the rise in exports, with aluminium up $59m, or 142 per cent, from November 2017 when values and quantities had been unusually low.

The monthly trade balance in November was a deficit of $861m, with total goods exports at $4.9b and total goods imports at $5.8b.

In the previous 10 November months, there have been nine deficits, with an average of $582m, and one surplus.