This summer’s motor-racing dates have been confirmed, but there are still no details on the NZ Grand Prix.
Posted on 29 September, 2020 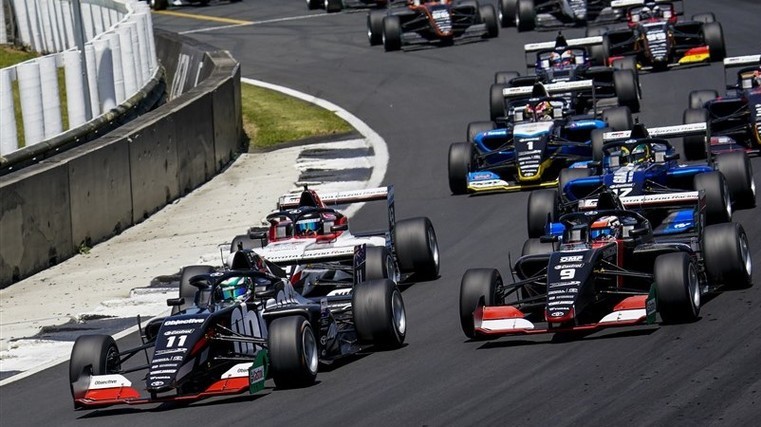 Jackson Walls – Australia, mtec Motorsport, engineered by R-Ace GP – on his way to winning race two at Pukekohe in February 2020.

Dates and venues have been confirmed for this summer’s motor racing, but there will be no premier events held in the South Island.

In addition, there is still no confirmation of a likely format for the premier open-wheeler championship or New Zealand Grand Prix.

MotorSport NZ (MSNZ) and its race championship promoter, Speedworks Events, have confirmed dates and venues for the 2020/21 summer series, but have stopped short of confirming what form the Castrol Toyota Racing Series (TRS) will take or when and where next year’s grand prix will be held.

The Manfeild circuit in the Manawatu has hosted the NZGP since 2008, but Manfeild chief executive officer Kathy Gibson reveals in a newsletter column this month that the circuit will not host the event, which is “likely to go to an Auckland circuit”. The only permanent circuit in that region that’s able to host it is Pukekohe.

It will be the first time this century that the premier single-seater and tin-top championships do not include southern rounds, with post-Covid-19 economic conditions cited as the reason by MSNZ’s acting CEO Elton Goonan.

The series starts on October 31 and November 1 at Hampton Downs, with a second pre-Christmas round at Pukekohe Park from December 5-6.

The series returns to Hampton Downs from January 23-24, with a three-week gap to round four at Manfeild on February 13 and 14. The two final rounds will run in March – the first at Pukekohe on the 6th and 7th, with the final round at Bruce McLaren Motorsport Park, Taupo, on 27th and 28th.

The TRS is still looking at all options for its 2021 season. Coronavirus restrictions on international travel make it unlikely the championship will attract international racers, while Toyota NZ has announced a $500,000 boost for the New Zealand Kiwi Driver Fund, which helps support Kiwis looking to contest the championship.

A North Island-only calendar for TRS is expected to be confirmed by the end of October.