Record numbers chip in for charity 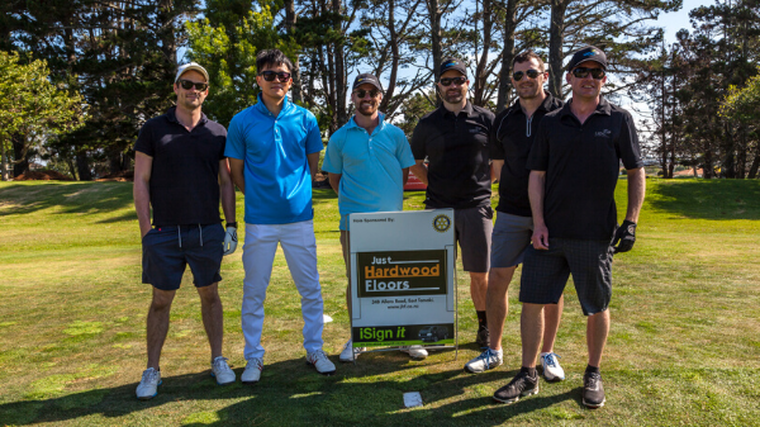 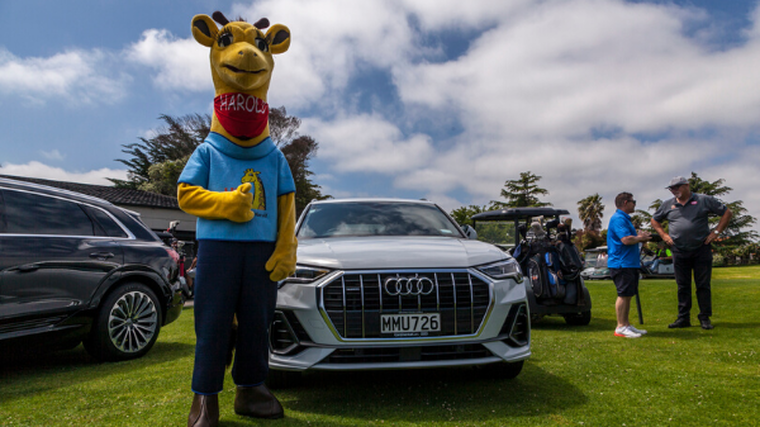 2/3
Harold the Giraffe, the Life Education Trust’s mascot, was on hand to support the charity tournament at Pakuranga Golf Club 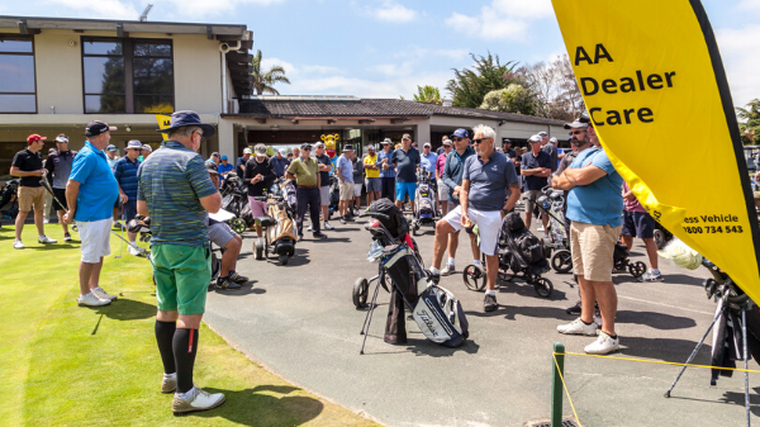 A record 36 teams did battle on the fairways and greens in an annual charity golf day that pulls together dozens of people from across the automotive industry.

The event at Pakuranga Golf Club, which was co-sponsored by the AA and Continental Cars Audi, was organised by the Rotary Club of Half Moon Bay with support from Protecta Insurance. Other companies that helped by sponsoring holes included UDC Finance, Yes Finance and Finance Now.

Nearly 110 players took to the course in the ambrose format competition, with drinks and a barbecue available while out on the course.  Once back in the clubhouse, the competitors enjoyed drinks, dinner, a prizegiving and a charity auction.

Protecta chairman Stephen Glading, who is also a member of the Rotary Club, says the tournament raised more than $18,000 for charity with the Life Education Trust Counties Manukau to be the main beneficiary of the cash. The rest of the money goes into a charitable trust.

“I like organising things where there are charitable benefits, and the second reason I enjoy it is that it’s an opportunity to get all our customers together,” Glading says. “The teams come from a variety of industries but in the main they come from the motor industry, finance industry and some of our suppliers.

“Supporting charity is key, to not support a charity you might as well go out with half a dozen customers or friends and have a round, but the whole atmosphere with the [Life Education Trust] there means the day takes on a new dimension and everyone enjoys it.”

The Life Education Trust has 33 branches nationwide and sees 250,000 schoolchildren every year to educate them about health and wellbeing, nutrition, puberty, cyber safety and other matters.

The Counties Manukau branch alone takes its mobile classrooms to about 35,000 youngsters annually and chief executive, Lincoln Jefferson, says funds from the golf day will target part of the area it covers.

“This golf tournament has been supporting the trust for a number of years and the money raised will particularly help about 6,500 children in the Howick-Pakuranga area,” he says. “The money will go a long way and it enables us to deliver our programmes to more children.

“While the programme has the lovable Harold the Giraffe as its mascot, we tackle serious topics that require a lot of research from our teachers and so we’re proud to have an association with the Rotary Club of Half Moon Bay and all those who played in the tournament.

“We aim to educate children to make the right choices and make a difference to their lives moving forward.”