Ranger powers up for new year

Ford adds more to best-seller in bid to cement model’s place at top of the market.
Posted on 13 January, 2020 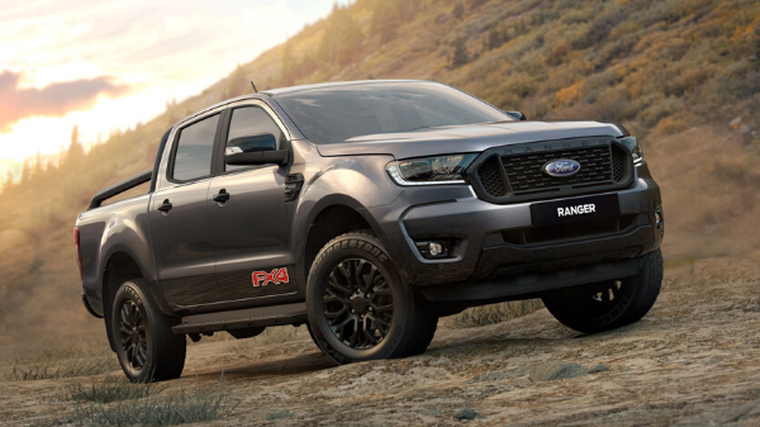 Ford hopes to extend its dominance in the commercial vehicle sector with a new version of the Ranger now available in New Zealand.

The Ford Ranger FX4 Bi-Turbo Special Edition is being offered as part of the 2020.25MY line-up and is based on the Ranger XLT double-cab.

“We are excited to be able to offer our customers the new FX4 with the Bi-Turbo engine alongside the class-leading 10-speed automatic transmission,” says Simon Rutherford, managing director, Ford New Zealand. “To have the addition of both a 4WD and 2WD Ranger FX4 really steps things up for them and it is the first time we have offered the Bi-Turbo/10-speed combination in a 2WD Ranger.”

The Ranger was the top-selling commercial vehicle in 2019 when it sold 9,485 units for a 19 per cent share of the market.

Ford's latest version of the successful model sits between the Ranger XLT and the Ranger Wildtrak models. New features on the FX4 Bi-Turbo include a front mesh grille, finished in Ebony Black, flanked by darkened versions of the marque’s Bi-LED High Performance Headlights.

Inside the cabin are leather-accented sports bucket seats and a “soft top” instrument panel, along with voice-activated sat-nav, Apple CarPlay and Android Auto smartphone compatibility, a full-colour reversing camera and digital instrumentation.

The Ranger FX4 Bi-Turbo is offered with the latest generation 2.0 litre Bi-Turbo, 10-speed powertrain as standard on either the 4WD or 2WD.

With 157kW/500Nm, the Bi-Turbo powertrain was first introduced on the Ford Performance Ranger Raptor and is fitted with a 10-speed paddle shift automatic. The 10-speed automatic includes a lock-out feature to hold specific gears when towing, giving the vehicle a towing capacity of 3500kg braked.