Nissan New Zealand has been provided with the software patch to update lithium-ion battery controllers on 30kWh Nissan Leafs.
Posted on 02 August, 2018 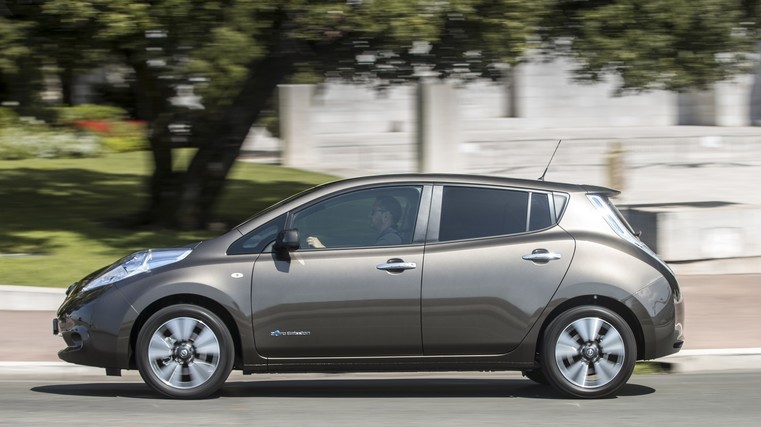 Nissan New Zealand has been provided with the software patch to update lithium-ion battery controllers (LBCs) on 30kWh Nissan Leafs.

The upgrade is needed because the driving range – or distance to empty – displayed on instruments on the first-generation 30kWh model is lower than the actual range, says the marque.

After the remedial work, an accurate representation of the capacity and range will be provided.

Because these Leafs were not imported into this country or sold by Nissan NZ, the cost for the upgrade is at the owner’s expense – a fixed charge of $100 plus GST.

John Manley, managing director of Nissan NZ, says the marque is aware of concerns expressed by some owners of used-imported Leafs fitted with the 30kWh battery regarding battery state of health.

“As the 30kWh Nissan Leaf was not sold by Nissan NZ, we have no local technical information relating to this vehicle specification and have consulted with our parent company in Japan to determine an appropriate response,” Manley says in a communication to Henrik Moller, co-founder of Flip The Fleet.

“Through this consultation process, Nissan NZ can now advise of the availability of a software upgrade to reprogram the LBCs on the 30kWh Leaf.”

If owners of 30kWh vehicles believe they may be displaying incorrect capacity and range readings, a Leaf-certified Nissan dealer is now able to reprogram the LBC with updated software to correct the calculation for the driving range and battery capacity gauge indicators.

“To minimise any inconvenience, it’s important that owners have an appointment before bringing their vehicles to the dealer for service. Detailed instructions have been sent to Leaf-certified Nissan dealer.”

Businesses team up for updates

Before August 2’s announcement, an electric-car dealer had linked up with an engineering company to offer software updates on Leafs with 30kWh batteries.

The partnership follows it being established software updates will “correct the calculation used for the battery-capacity level gauge and distance remaining”.

Nissan North America announced recalls at the start of June to reprogram 2016/17 models to accurately display capacity and trip range.

However, because similar measures have only just been notified in New Zealand, GVI Electric has already teamed up with electrical engineer Walter Larason, of Christchurch-based EVs Enhanced, to provide the updates for battery management systems.

“The response has been overwhelming,” says Hayden Johnston, GVI Electric’s general manager. “We are prioritising updates to 30kWh Leaf owners rather than dealers to bring customers up to date first.”

It took weeks of research to complete the patch and concluding it was going to cause no system issues. “I’ve done a huge amount of testing and I’m confident with the upgrade,” says Larason. “We stand by our work and if I had any concerns about it, I wouldn’t risk it.

“We’re not charging huge amounts for the update and there are easier ways to make a dollar. All the feedback is fantastic. However, everyone is saying the same thing, and that’s Nissan NZ should be supporting its product and making the update available.” Which is what the company has now done.

VIA (the Imported Motor Vehicle Industry Association) says Flip The Fleet reported an unexpected degradation in range and battery-capacity readings in 30kWh Leafs in early 2018 before raising the issue with Nissan, which investigated its observations.

“Nissan confirmed readings in 30kWh models were compromised,” said VIA during July.

“A patch has been developed and is being independently applied to rectify imported used Leafs. Initial results are encouraging and should go a long way to restoring consumer confidence.”