Marque expects demand for plug-in variants to outstrip petrol counterparts within the year.
Posted on 07 March, 2022 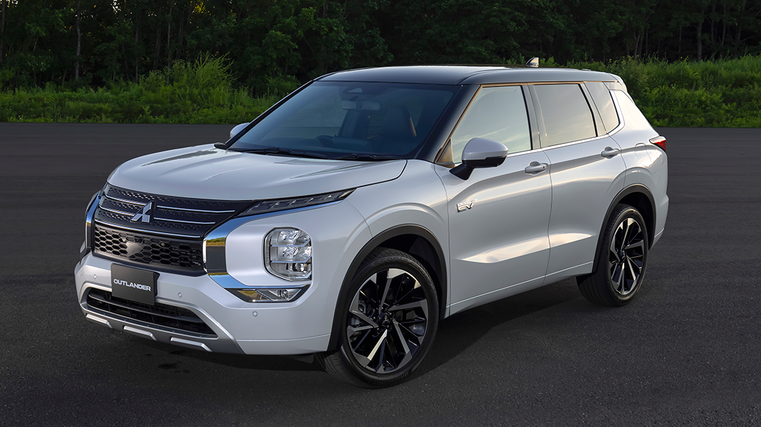 The first shipments of the next-generation Outlander PHEV are arriving in New Zealand on the back of great sales results for Mitsubishi.

Combined sales for the marque’s medium-sized SUV were record-breaking in January with 1,186 registrations and it topped the ladder for passenger cars in February with 546 units.

The range has now been joined by its improved plug-in hybrid electric cousin with a 52 per cent bigger pure EV range, 45 per cent more battery capacity, and a powerful new 185kW and 450Nm EV drive system.

The PHEV’s range now comes in at 84km, which is up from 55km and there is 24 per cent extra fuel capacity than the model it replaces.

Reece Congdon, head of marketing and corporate affairs, says: “Since its introduction in 2014, the PHEV has built on Outlander’s long-standing popularity with Kiwi families. It has quickly proven to be an attractive and viable option for those who love exploring their own backyard and looking after it by limiting their carbon footprint.

“We have already received incredibly strong interest in the next-generation model with 500 pre-orders that haven’t yet been accounted for in our recent sales results.

“An increasing number of Kiwis are turning to more sustainable transport options. With everything this new Outlander PHEV has to offer, we are confident that within the next 12 months demand for our PHEV variants will start outstripping their petrol counterparts.”

Starting at a special launch price of $60,990, plus on-road coats, which comes in at $54,240 plus on-roads when the clean car discount is applied, the five-seat LS has dual-zone climate control, a reversing camera, front and rear parking sensors, and a nine-inch smartphone-link display audio screen.