Kiwi driver dominates weekend of action as Supercars return to the track after a three-month absence.
Posted on 29 June, 2020 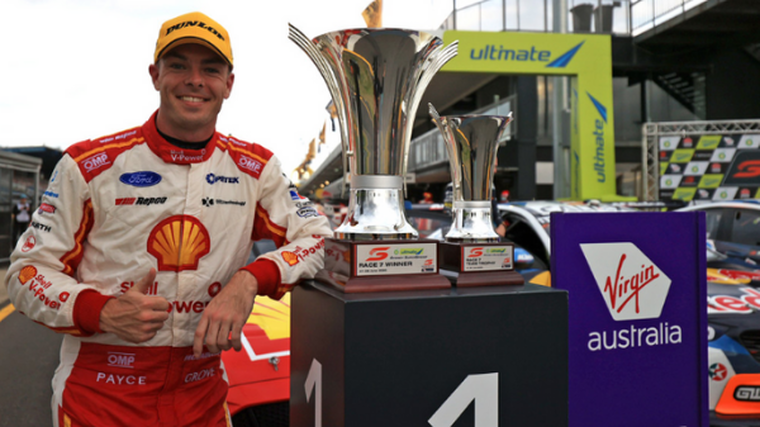 Scott McLaughlin has taken a commanding lead in the Virgin Australia Supercars Championship after two wins from three starts at the BP Ultimate Sydney SuperSprint.

The Kiwi driver has extended his advantage in the championship over second-placed Jamie Whincup by 49 points to 574 following the June 27-28 event.

McLaughlin’s Shell V-Power Racing Team is now second in the teams’ championship with 828 points behind the Red Bull Holden Racing Team on 878.

“Overall, [Sunday] was a solid day and the outcome was exactly what we wanted,” McLaughlin, pictured, says. “Our qualifying pace was right there all weekend, and I felt really comfortable with the car. We just had to make it better across the race run compared to yesterday, which we did.

“I think we did a really good job with the car with regards to tyres. I couldn’t really look after them that well yesterday but we put a few thought processes into it and it went well today. The car was an absolute dream to drive in that last race.”

After more than three months away from the track, McLaughlin led from start to finish to claim the first race back at the Sydney SuperSprint on June 27.

He managed to hold off a late charge from fellow New Zealander Shane van Gisbergen to clinch the chequered flag.

The second race of the weekend was won by Nick Percat, who broke a four-year drought for himself and Brad Jones Racing, followed by Whincup and McLaughlin.

The final race of the Sydney event saw McLaughlin regain his dominant form as he led the 32-lap contest from pole to finish.