Deliveries of BMW’s latest version of the X7 are set to start arriving here during the final months of 2022.
Posted on 21 April, 2022 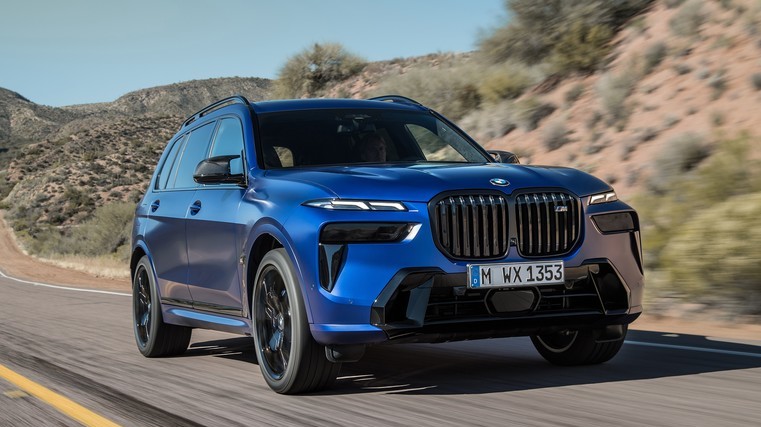 The new BMW X7 has been unveiled and will be bringing a hybrid powertrain to Kiwi customers for the first time when it launches in New Zealand during the fourth quarter of this year.

Other features of the updated X7 include a new M Sport package, automated driving and parking, a new front fascia with split headlight design and the availability of 23-inch BMW Individual light-alloy wheels.

There have been 500 units of the previous X7 registered in New Zealand since its launch in 2019 and the model had a 58 per cent year-on-year sales growth in the first quarter of this year.

Two models will launch in the local market – the X7 xDrive40d and X7 M60i xDrive – with pricing and full specification details to be announced closer to launch.

The “Iconic Glow” BMW kidney grille is standard on the range-topping M60i xDrive and will be offered as an option on the xDrive40d.

The engine range is headed by a new 4.4-litre petrol V8 for the M60i, which utilises M TwinPower Turbo technology to deliver output and torque figures of 390kW and 750Nm respectively.

BMW says upgrades to the six-cylinder in-line diesel engine in the xDrive40d have improved fuel economy and emissions. The maximum output of its overall drive system is 259kW, while nominal torque of the diesel engine is 700Nm, which can be increased to 720Nm with input from the mild hybrid system.

The new-generation mild hybrid technology contributes an additional 9kW of output and an extra 200Nm of torque.

All engines partner with an eight-speed Steptronic Sport transmission including shift paddles on the steering wheel.

Automated driving and parking systems are joined in the vehicle by a front-collision warning system and an exit warning function to alert occupants to a risk of collision when opening the door.

Parking assistant professional will be standard on all local X7 models and includes the advanced reversing assistant function that can steer the vehicle for a distance of up to 200 metres.

Sparkling Copper Grey metallic is a fresh colour option for the X7, while M Marina Bay Blue metallic paint is available exclusively for the M60i xDrive.

Inside, the instrument panel has been given an overhaul and combines with the BMW Operating System 8 and integrates the BMW Curved Display, which is formed by a 12.3-inch information display and a 14.9-inch control display.