Technical association and government agency team up for contract on the provision of services.
Posted on 01 October, 2020 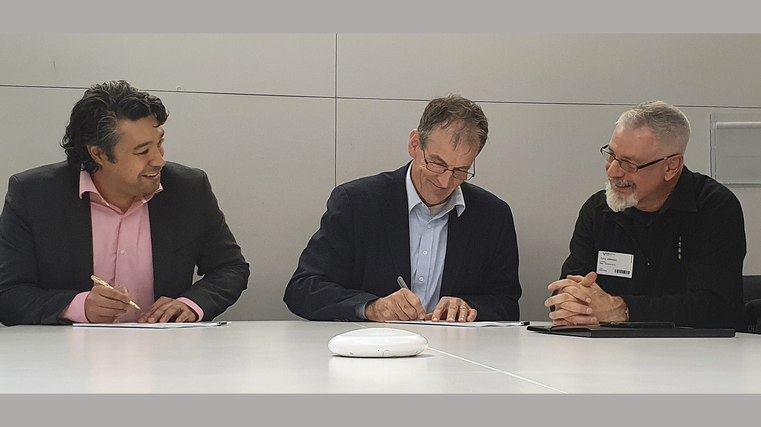 The NZTA has signed up to a contract for services with the Low Volume Vehicle Technical Association (LVVTA).

The contract has its beginnings in October 2018 when the agency recognised that the association’s responsibilities had surpassed its resources.

A concerted effort was then made by the NZTA to help the LVVTA become economically sustainable into the long-term future.

During 2018 and 2019, the agency recognised there was a considerable amount of “public good” associated with the LVVTA’s work and, on that basis, the full cost of all services the association provides shouldn’t necessarily be borne entirely by the user of the certification system.

“Over an 18-month period, the LVVTA engaged with the agency through its contracted experts Neil Cook and Mike Rudge to develop a contract to identify a group of services that the NZTA would be prepared to make a financial contribution towards,” says Tony Johnson, chief executive officer of the association.

“Via the contract for services, the agency now contributes towards the ‘club good’ and ‘public good’ services, which are also met in part by the system users. The contract was signed in June by Kane Patena, the agency’s general manager of regulatory services.”

Patena, when communicating the milestone within the NZTA, said “a great relationship” with the LVVTA was further cemented when he signed a contract alongside LVVTA board chairman Robert Buchanan and Johnson.

“This contract formalises a funding agreement to the LVVTA and builds on the service the LVVTA has been providing on behalf of Waka Kotahi over almost 30 years as the LVVTA is contracted to administer modified vehicle standards and the low-volume vehicle certification system,” added Patena.

“The signing of the contract gives us the security of knowing the LVVTA has got a sustainable funding model and approach to continue to make sure the vehicle-certification sector functions well and keeps people safe.”

Buchanen says the long-standing relationship has been a successful co-regulatory agreement that has worked very well, but “in a sense, it outgrew itself”.

He adds: “We’ve come to the point now where we’ve caught up with that. It’s a mature relationship and we’ve put it on a sustainable footing going forward. That’s going to be in the best interests of both organisations, and public safety as well.”

Johnson notes the model is regarded as world-best by many people, and that the LVVTA’s strong oversight of LVV certifiers through training, mentoring and coaching plays its part towards a safe New Zealand land transport system.

“It’s a good outcome for the transport agency in terms of taking away headaches and ensuring safer outcomes,” he adds.

“The LVVTA board and staff are very appreciative of Kane and the rest of the agency staff for their vote of confidence, and for their ongoing support of the LVVTA and the LVV certification system.”

The LVVTA was established in 1992 and its core responsibilities then were to develop technical standards – now known as LVV standards and inspection form-sets, provide a support mechanism to LVV certifiers by providing technical support and training, and produce and issue the LVV plates to the certifiers.

The association’s sole income would be a regulated fee for the certification plate, which would be set at such a rate for the LVVTA to meet its changing obligations over time.

Johnson says: “This was a good model for many years – completely free of administrative burden – but the LVVTA’s obligations and responsibilities to the NZTA, industry and the public have kept increasing at a rate greater than that which a palatable series of plate-fee increases could provide for.

“It became evident in recent years the LVVTA needed support from the agency to shift away from its traditional and 28-year-old modus operandi of ‘running on the smell of an oily rag’, and become properly funded so it can operate in a professional and financially sustainable manner long term.”

Pictured above signing the contract, from left to right, are Kane Patena, Robert Buchanan and Tony Johnson, who says, “this is a significant milestone for the LVVTA as the agency recognises the value it provides by making an annual financial contribution to the cost of running the LVV certification system”.