A purpose-built testing station in Palmerston North has been officially opened by Vehicle Inspection New Zealand (VINZ).
Posted on 30 May, 2018 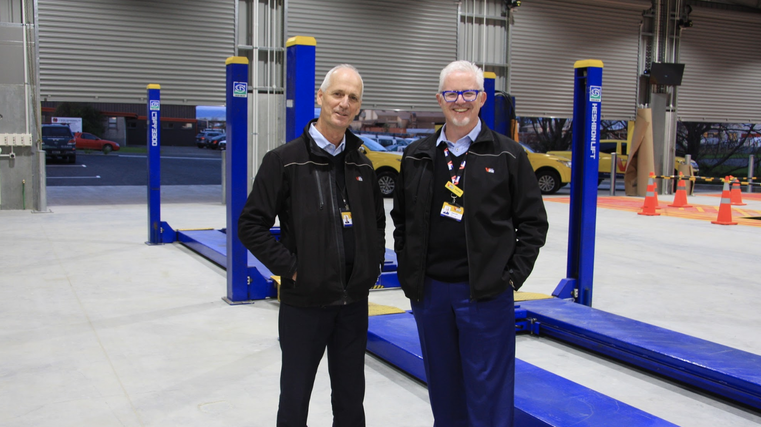 VINZ took the time to acknowledge their hardworking staff and everyone involved.

“Thanks everyone for coming tonight and joining us in our new facility and thank you for everyone involved in getting this site up and running,” said Gordon Shaw, CEO of VINZ, who formally opened the new premises.

“I’d also like to thank my team. A lot of my team were involved, especially Andy our site manager, Terry our regional manager, my senior leadership team and the board. I just want to pass on my thanks to everyone involved in supporting us in getting this state-of-the-art testing facility open.”

“We look forward to a very successful start.”

The new facility also has two pits for trucks which allows VINZ to inspect the whole truck and trailer without having to move the vehicle. Trucks can also enter from one road, be inspected, then depart from another road, without having to turn around.

The new facility will be open to the public on Friday, June 1.