The Battle of Jacks Ridge is back for a second year with hopes of luring even more international drivers.
Posted on 21 July, 2021 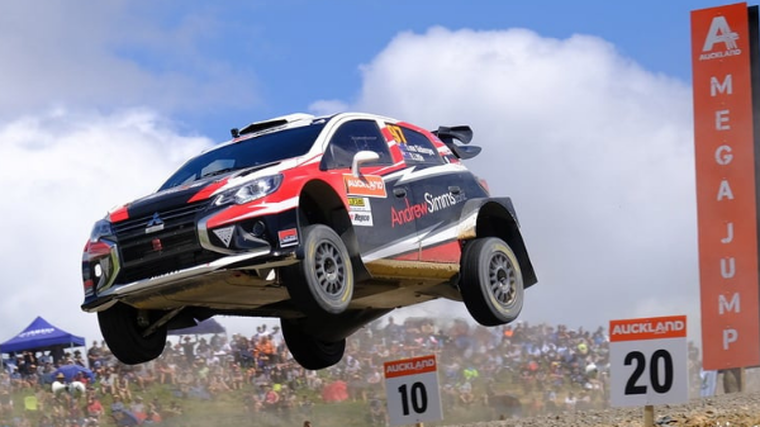 Shane van Gisbergen will get behind the wheel of a rally car again this year to defend his title as the champion of the Repco Battle of Jacks Ridge.

The Supercars ace won the inaugural event in Auckland last year and will be back in action for the 2021 edition on November 13-14.

He will be joined in the field by Kiwi rally star Hayden Paddon as drivers take on a knockout-style showdown on a purpose-built two-kilometre-long piece of road at former national rally champion Andrew Hawkeswood’s Whitford property.

Van Gisbergen says: “It was an awesome experience last year and I had a blast. I am super keen to come back and have another go.

“The field will be competitive, and I will have my work cut out again in 2021, but I am really looking forward to it.”
Paddon set the early pace in his Hyundai last year before an uncharacteristic mistake saw him exit earlier than expected.

“The Repco Battle of Jack’s Ridge was a big success last year and organisers did a great job,” he notes.

“Unfortunately, we didn’t get it quite right, so I am determined to come back and have another go.

“Shane was awesome to watch, and it will be great to compete against him again and I know there is a huge interest from some really good drivers so I expect a tough challenge.”

The two days of racing is supported by Auckland Unlimited, the region’s economic and cultural agency, on behalf of Auckland Council.

Richard Clarke, head of major events for Auckland Unlimited, says the organisation sees “a bright future for this event to attract even more internationals to this purpose-built rally venue along with motorsport-hungry fans”.

Repco has returned as naming rights sponsors of the event and Sky Sport will once again offer live coverage.

Tickets for the Battle of Jacks Ridge are due to go on sale from August 15.