Low Volume Vehicle Technical Association acts to dispel misinformation about clean cars, and the impact of policies on classics and collectibles.
Posted on 21 February, 2022 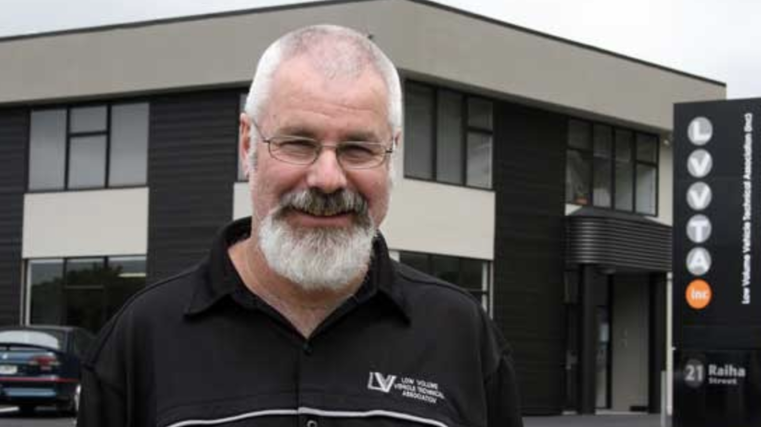 An industry organisation has issued further guidance about how the clean car discount and standard will affect classic and collectible vehicle enthusiasts.

“Most enthusiasts will be aware the government is introducing the clean car standard,” he says. “It places obligations on importers to reduce carbon dioxide (CO2) emissions from 2023.

“Under this policy, importers can offset high and low-emissions vehicles. For example, an importer might import five V6 petrol cars and five Nissan Leaf electric cars, and – on average – achieve their target and pay no charge to the government. Over time, the emissions-reduction target will strengthen.

“In addition, the government is introducing the clean car discount, also known as the feebate scheme. This provides consumers with rebates, fees or neither depending on the level of CO2 emissions on a vehicle.”

However, Johnson, pictured, says some statements have been circulating via social media about the effects on classics and collectibles of the discount, also known as the feebate scheme, which the government is starting on April 1.

“Statements published recently makes the following claims, ‘there is a change which takes effect in November’, and ‘an imported car not certified by a certain date may not be able to be registered’, ‘the new charge to register a classic may be between $8,000 and $12,000’ and if your classic car isn’t registered before November, ‘you’re screwed’.

“Such statements being circulated and paraphrased above are incorrect, so I’ve provided some information to summarise the actual situation.”

The LVVTA issued a press release on March 3, 2021, setting out some early information about the clean car standard and how it might affect the enthusiast vehicle community. It’s on the association’s website and can be found by clicking here.

It issued a second press release on April 29, which contained more detailed information about the policies. It also explained a submission made to the Ministry of Transport (MoT) by the LVVTA with the Federation of Motoring Clubs, NZ Hot Rod Association and Vintage Car Club of NZ. It can be accessed by clicking here.

“The information contained in those two releases hasn’t changed and should be read by anyone who wishes to learn more about the effects of the new clean car standard on enthusiast vehicles,” says Johnson.

“Most importantly, the MoT is well-aware the enthusiast vehicle community exists. It has consulted with the LVVTA extensively about the sector and has no intention of adversely impacting our hobby.

“In fact, quite the contrary. There’s nothing in the standard – or any other standard being introduced in the foreseeable future – that would prevent someone from importing and registering an enthusiast vehicle in New Zealand.

“From April 1, 2022, every high-emitting vehicle, other than vehicles in an ‘excluded’ group, being registered in New Zealand for the first time will be subject to a charge. This will offset rebates provided to purchasers of low-emitting vehicles.

“The charge is applicable only once – when the vehicle first enters New Zealand and is registered. The charge does not apply to those already registered here.

“There is a maximum payable fee for the highest-emitting vehicles, which is $5,175 for a new vehicle and $2,875 for a used vehicle, inclusive of GST. A ‘used vehicle’ is defined as one that has previously been registered anywhere in the world.”

Johnson adds a number of “excluded” vehicle groups will be exempt from any charge. Exact details are being finalised by the MoT but are likely to include those at least 40 years old.

The 40-year cut-off is what the MoT initially proposed, but the LVVTA and some other associations have suggested it consider making the cut-off 30 to recognise “modern classics”.

Also excluded will be scratch-built low volume vehicles, some modified to enable people with disabilities to self-drive and be transported in, and legitimate motorsport vehicles that meet the criteria for issuing an LVV authority card.

“The final details of the policy, including details around excluded vehicle groups we’ve been discussing with the MoT, are anticipated to be provided to us in the next few weeks,” notes Johnson.

“This ‘gas-guzzler tax’ was always going to come and is already in place in many other parts of the world. It’s part of the big environmental ‘operation clean-up’ and there’s no escape from it.

“The good news is the MoT, which the LVVTA has a close 33-year-long working relationship with, has been measured and reasonable with respect to our much-loved enthusiast vehicles.

“Based on conversations we’ve had with the ministry during the development of these standards, we believe there’s nothing for the classic and collectible vehicle enthusiast community to be fearful of.”