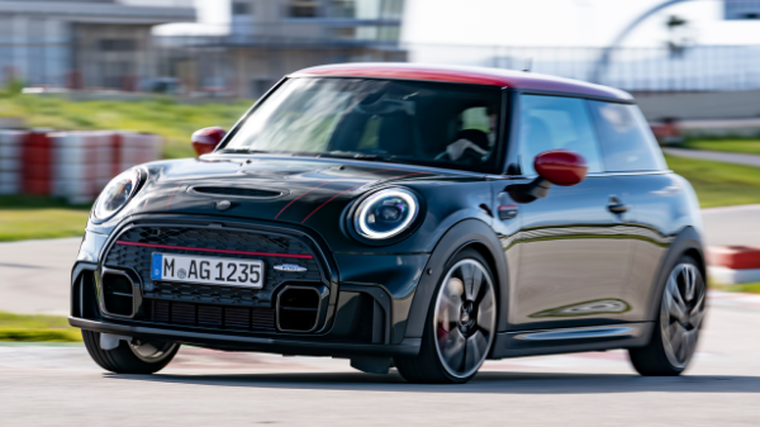 The new Mini John Cooper Works Hatch has been given an update and is due to arrive in New Zealand in the third quarter of this year.

Updates to the model include a red bar across the hexagonal grille to distinguish it as the top variant in the range and enlarged cooling air openings for optimum temperature control of the drive and brake systems.

Model-specific side scuttles on the front side panels have been redesigned, while a new-look rear apron has a distinctive diffuser to optimise airflow.

The hatch is powered by a two-litre, four-cylinder engine with Mini TwinPower Turbo technology and produces a maximum output of 170kW and a maximum torque of 320Nm.

With a six-speed manual gearbox, the car can accelerate from 0-100kph in just 6.3 seconds, while the standard eight-speed automatic in New Zealand cuts this to 6.1 seconds.

The vehicle has a sports brake system developed in co-operation with specialist manufacturer Brembo that provides optimum braking performance.

On the front wheels, four-piston fixed caliper brakes with internally ventilated discs are finished in blazing red and embellished with John Cooper Works logos. These fill out the space behind light John Cooper Works alloy wheels available in 17 and 18-inch diameters.

A new version of Mini’s Adaptive Suspension is also available as an option and features a frequency-selective damper. An additional valve smooths out pressure peaks within the damper when driving over minor bumps to help deliver a smoother ride.

On the inside, there is a revamped centre instrument with an 8.8-inch touch display in black panel design as standard, as well as a new operating system.

Pricing will be announced closer to the car’s local launch.