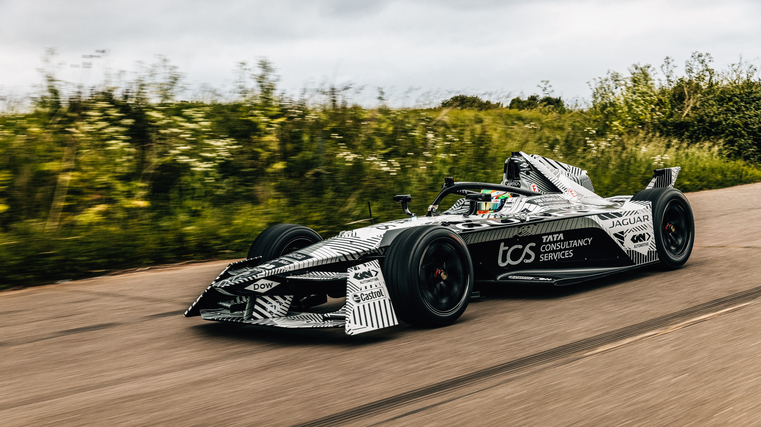 The team used the session to gather data and information on the vehicle to inform and aid the refinement of next season’s challenger.

The lighter, more powerful and efficient Gen3, pictured, will set a new performance benchmark for an all-electric racer. It will see power increase to 350kW and reach a maximum speed of more than 320kph.

Jaguar TC Racing says the world’s most-efficient race car will be capable of producing at least 40 per cent of the energy used at an event from regenerative braking.

As the first racer to feature front and rear powertrains, 250kW regeneration is added to the front and 350kW regen at the rear to more than double the regenerative capability of the current Formula E model. As a result, the Gen3 will be the first formula vehicle not to feature rear hydraulic brakes.

“This initial shakedown marks a key milestone in the development of the all-new Jaguar I-Type and is an important achievement in our ongoing R&D process, which started back in 2020.

“Excitement is really starting to build for the whole team as we look forward to the next generation of Formula E.”

The development of Jaguar TCS Racing’s Gen3 challenger sits alongside the team’s ongoing fight for the 2022 ABB FIA Formula E World Championship title with the 10th round hitting the streets of Marrakech in western Morocco on July 2.