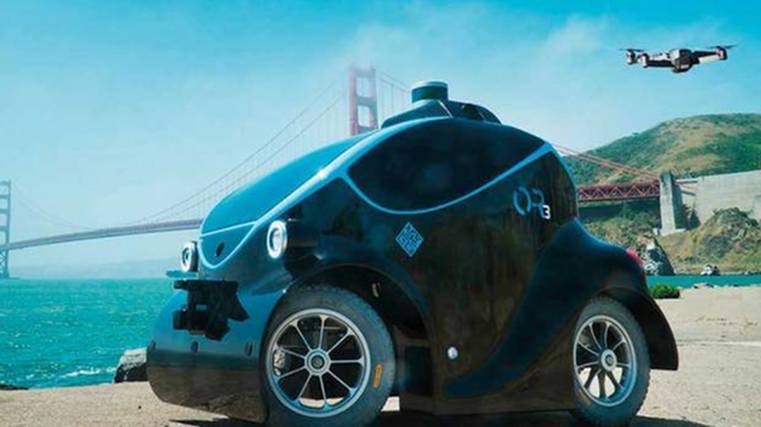 The future is here and it comes in the form of an autonomous vehicle that performs security duties! The Dubai police is the first in the world to deploy an autonomous vehicle to assist them with some of their duties and while you may be imagining Robocop, the reality is a smart vehicle which will be equipped with biometric software to scan for those breaking the law. The vehicle, which is the size of a toy car will scan crowds of people of interest and will be equipped with cameras and sensor radars. "It can recognise people in any area and identify suspicious objects and can track suspects. It has a drone and the user [police officer] needs to access the car through fingerprint. It will be deployed at tourist destinations in Dubai,” Brigadier Al Razooqi said. The decision to start using these vehicles is partly thanks to a call by vice president and prime minister of the United Arab Emirates, Sheikh Mohammed bin Rashid Al Maktoum to utilise the latest technology within Dubai. The vehicle will also come with its own drone which will be launched from the back and both will be monitored by a police command room in Dubai. Meanwhile, the Dubai police force is also trialling the world's first autonomous police robot, which could replace human police officers. The robot is built by PAL Robotics and programmed by Dubai police. It moves on wheels and includes a touch screen on its chest that can be used to report a crime.