Hyundai and Kia show off new futuristic designs as LA showcase kicks off. PLUS – gallery
Posted on 19 November, 2021 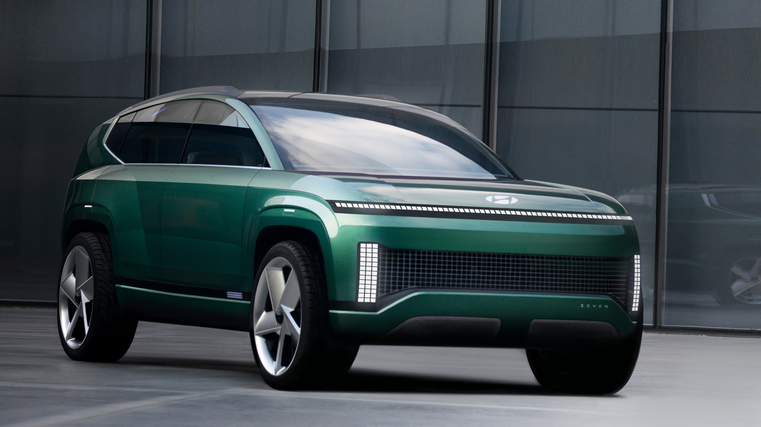 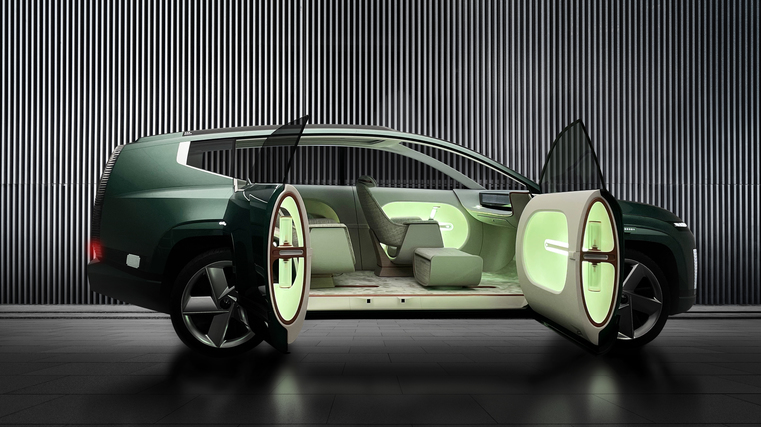 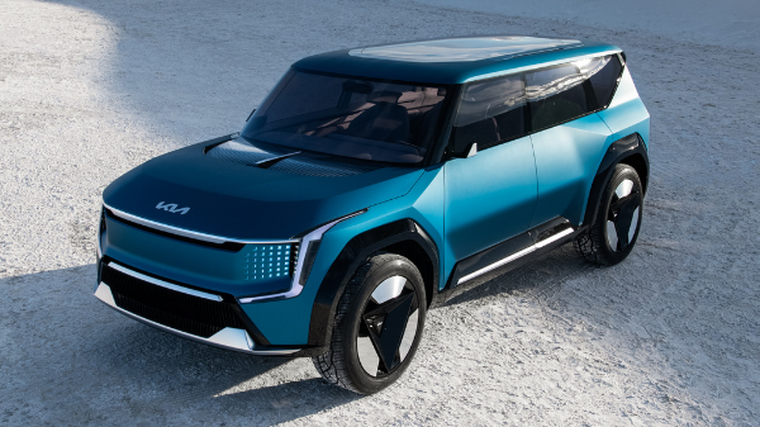 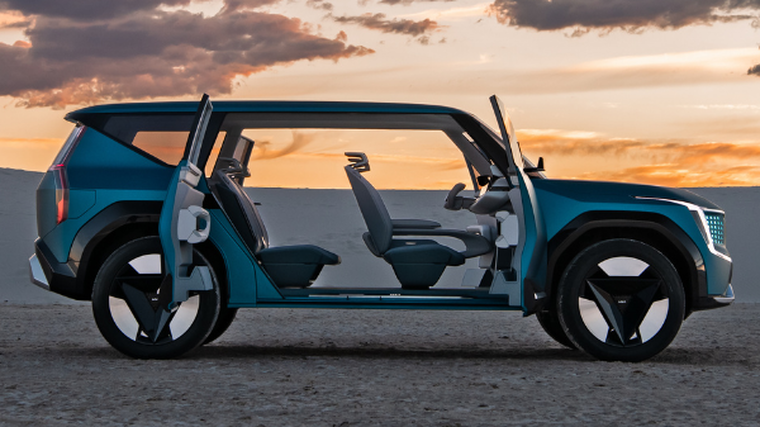 Hyundai and Kia both delivered futuristic models boasting design features and technology they expect will influence the shape of forthcoming vehicles.

The concepts were unveiled at the two-day AutoMobility LA event for press and trade members on November 17-18 and will remain on display for the LA Auto Show, which runs until November 28.

Hyundai pulled the covers off Seven, which can transform into an “innovative living space on wheels”, and is described by the marque as a new chapter for its Ioniq brand.

The Seven concept is built upon Hyundai’s Electric-Global Modular Platform (E-GMP) and its wheels feature integrated active air flaps that deploy or retract depending on brake-cooling or low-drag requirements.

With a 3.2-metre wheelbase, the interior ditches the traditional row-based seat arrangements for a space that is more like a “premium lounge” accessed by pillarless coach doors.

Meanwhile, the driver’s seat features a retractable control stick that hides away when not in use.

Hyundai has also created a host of hygienic features for the concept, including fabric with antibacterial functions, a special airflow system and a sterilisation programme that activates UVC lights once the vehicle is vacated.

In a real-world situation with a 350kW charger, the Seven can charge from 10 per cent to 80 per cent in about 20 minutes and is engineered to achieve a target range of more than 480km.

Kia has also created a special all-electric SUV that it hints may be the next addition to its electric-vehicle lineup.

The Kia Concept EV9 is built upon its own E-GMP and was “inspired by nature and uses upcycled materials developed from waste deposited into the fragile marine ecosystem”.

A Digital Tiger Face, which replaces the grille of internal combustion engines vehicles, has a star cloud pattern display that is hidden behind the body panel of the Concept EV9 when not in use.

Meanwhile, the bonnet vent duct area is utilised as a solar panel that helps recuperate some of the electric energy the Concept EV9 uses to give drivers an alternative source of energy when they are not close to a charging station.

Retractable roof rails improve the car’s aerodynamics, as does a camera monitoring system that replaces the conventional wing mirrors.

There is also a panoramic roof, an interactive 27-inch ultra-wide display and the interior space can shift “to be more akin to a first-class lounge”, with the seats able to be switched so occupants seated in the first row and third row face each other. The second-row seats fold down and become a table.

The EV9 delivers a driving range of up to 480km and features next-generation ultra-fast charging technology with a 350kW charger that allows its powertrain to go from 10 per cent to 80 per cent in 20-30 minutes.