General manager prepares to step into role from October 1 and replace Graeme Gibbons who has held the job for three decades.
Posted on 01 June, 2021 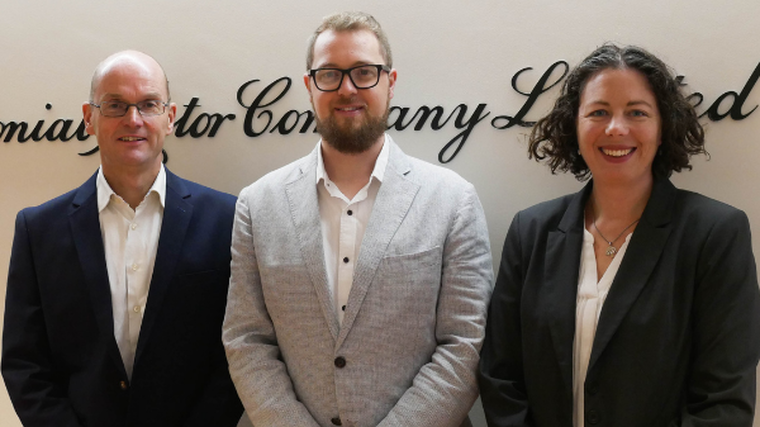 Colonial Motor Company has announced Alex Gibbons will be its new chief executive following the retirement of Graeme Gibbons after more than 30 years in the role.

Alex is currently general manager at the business and is involved with property development, strategic planning, working with dealer principals and dealership performance.

He first joined Colonial in 2015 when he was responsible for developing systems for marketing, sales and customer retention at Southpac Trucks.

Two years later he shifted into the group’s head office in Wellington where he was initially working on dealership information systems.

Previously, he was employed at Sanitarium Health and Wellbeing Company in the areas of business analysis and category management after graduating with a masters degree in marketing management from Otago.

Alex is part of an expanded leadership team, which the Colonial board is putting in place after Graeme steps down on September 30, 2021.

Alex will be supported by June Gibbons, group manager of people process and technology, and Paul Stephenson, group manager finance. Jack Tuohy continues in his role as company secretary.

The board, in an announcement to shareholders on May 28, says: “A change of CEO after 30 years requires a wide review of what and how the company’s group office carries out its functions. In early 2020 the board carried out a thorough review to identify a pathway to select and appoint a new CEO and management team.

“The process needed to identify what was required in order to select the best people. Both internal candidates and external options were considered.”

June will be responsible for the group’s dealership support functions. She started with the company in 2016 as accountant at Stevens Motors in Lower Hutt and then became CFO of both the Wellington dealerships.

She was involved in the integration of Capital City Motors and Stevens Motors into one dealership for the Wellington region in 2020 and moved into Colonial’s head office late last year.

Paul was the chief financial officer of a privately owned aged-care provider before joining the group in 2019.

Graeme has been chief executive since July 1990 and announced his plans to retire from the position in 2021 at the company’s AGM in November 2020. He will continue his involvement with Colonial as a director.

The letter to shareholders says he started at a time when the new vehicle industry was under pressure from a depressed economy, compounded by the industry adjusting to the removal of import tariffs and the unintended consequence of used-car imports.

“It was a period of profound change and downsizing. The company’s trading profit after tax in 1991 was only $1.8 million and the new-vehicle industry did not exceed its 1980s’ peak volume until 2014,” the board explains.

“Following Ford NZ’s exit from the heavy-truck market, Graeme led the establishment of Southpac Trucks with the Kenworth and Foden heavy truck franchises, later adding the DAF brand. Mazda franchises were added to the Group in the early 2000s, initially as part of the Auckland Auto Collection joint venture with Ford and Mazda.

“The last 20 years has been a period of organic expansion and reinvestment, with sustained profitability enabling significant growth in dividends and total shareholder returns.”

The board says it has confidence the new and expanded management team can “guide the company to a successful future in the forever changing business environment in which we operate”.

It adds: “The board wishes to sincerely thank Graeme for his efforts and commitment and to acknowledge his sustained successes in leading the company over three decades.”