Registrations of new vehicles rise 14.5 per cent year on year across the ditch as ute becomes best-selling model.
Posted on 07 January, 2022 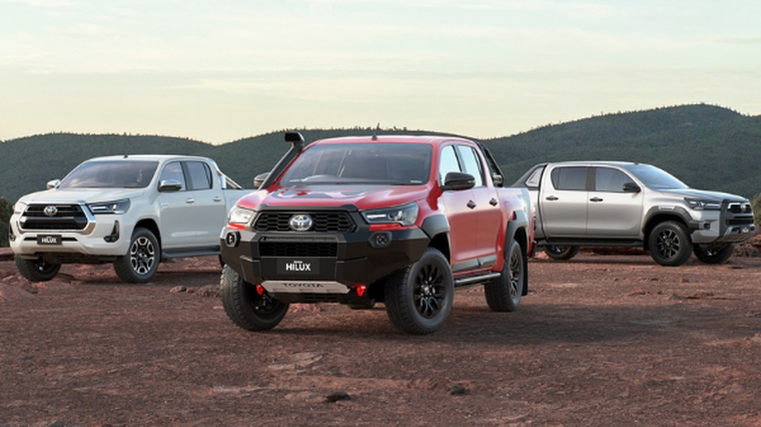 Sales of new vehicles in Australia broke through one million units last year.

The Toyota Hilux, pictured, succeeded over there where it failed in New Zealand by taking out the most-popular model crown with 52,801 sales.

“Despite the pandemic restricting access to showrooms in 2021, Australians found ways to purchase new vehicles and did so in solid numbers,” he adds.

“The global shortage of microprocessors impacted on the number of cars sold and automotive manufacturers are working to strengthen supply chains in 2022.”

Toyota was the highest-selling brand of the year with 223,642 registrations for a 21.3 per cent of share of Australia’s overall market.

Electric vehicles (EVs) notched up an Australian increase in sales of 191.1 per cent last year on 2020 figures.

“While this number may appear impressive, it’s important to note overall EV sales as reported through VFACTS account for just 0.49 per cent of the total market share,” says Weber.

“In this context, we must recognise the policy objective should be to lower our CO2 emissions rather than meeting sales targets of particular types of technology.

“The FCAI maintains the need for national leadership in the form of a technology agnostic and an achievable emissions reduction target.”

He notes this is consistent with the FCAI’s voluntary CO2 emissions standard for Australia’s new-vehicle industry, which was released in 2021.

Weber adds: “Give us the target and we will give you the technology mix to get there.”