ChargeNet co-founder earns praise for developing a network of chargers and encouraging people to choose electric cars.
Posted on 23 November, 2020 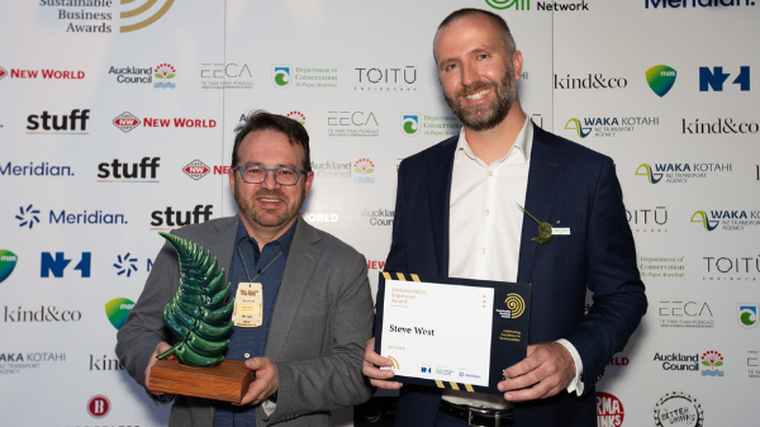 A chief executive has been acclaimed for his “risk taking and vision” that has helped increase the uptake of electric vehicles (EVs) across the country.

Steve West, co-founder of ChargeNet, won a top gong at the annual Sustainable Business Awards for his investment in developing a network of EV rapid-charging stations.

He came away from the event on November 19 with the Sustainability Superstar Award, which is presented to a person who has gone above and beyond to bring about sustainability change.

The judges say: “The winner of this award has laid the foundation for the rapid growth of EVs in New Zealand. He has led the way with his own investment, setting up a national network of EV charging sites ahead of demand.

“Without his risk-taking and vision, there would be a fraction of the EVs we now see in New Zealand. This network and the ongoing investment he is making can now support a massive growth in the EV fleet over the coming years.”

West has advocated for EVs domestically and internationally for more than eight years.

He started ChargeNet in early 2015 with his wife, Dee, when there were only 500 EVs registered in New Zealand and no rapid-charging network.

The Auckland couple put their money where their mouth was by rolling out a number of charging facilities across the country.

Today, there are more than 200 rapid-chargers around the country on the ChargeNet network and 23,000 EVs registered in New Zealand.

West says his rationale behind the business was that a user-friendly network, with strategically located chargers would help to reduce range anxiety and increase EV adoption.

“It's a great honour to be recognised at the Sustainable Business Awards,” he adds. “Many of us are making personal sacrifices for the greater good.

“As a personal passion, I'm just glad to have helped drive the growth of electric vehicles in New Zealand.” 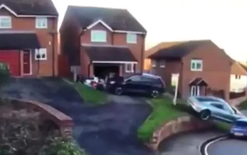 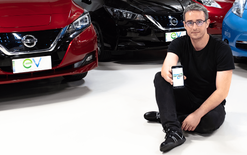 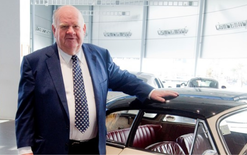