The impact of Covid-19 sent the number of registrations for used cars and commercial vehicles tumbling in March.
Posted on 06 April, 2020 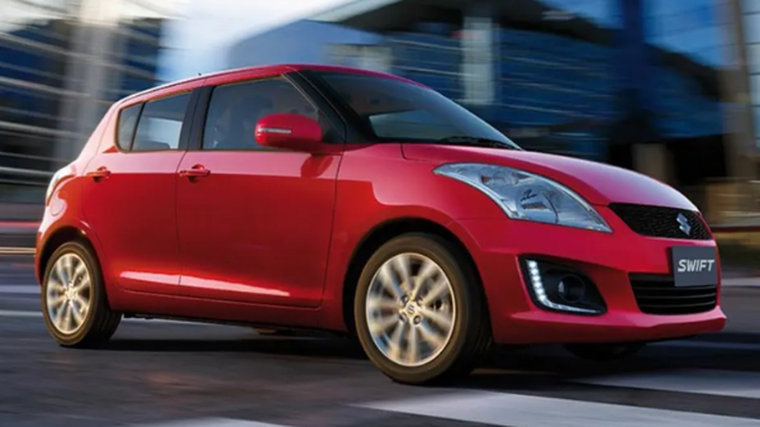 The Mazda Axela was the top model in March, followed by the Toyota Aqua. Honda’s Fit was third, with the Suzuki Swift and Toyota Prius taking fourth and fifth spot respectively.

Toyota’s Prius saw the least movement of all the top models, with its 306 registrations last month an increase of two units on the 304 sold in March 2019.

Suzuki’s Swift, pictured, suffered a 48.1 per cent fall in sales last month compared to March of last year, with 308 cars registered. The Mazda Demio and Nissan Tiida saw their numbers in March this year plunge, their 267 and 257 registrations respectively the equivalent of a 45.4 and 48.9 per cent fall from the same period a year ago.

Toyota continues to dominate the overall market and remained the most popular marque during March with 2,165 sales for 25.3 per cent of the market. However, the brand’s performance was a 12.8 per cent decrease on the 2,483 registrations in March 2019 as the coronavirus pandemic hit sales.

For the year-to-date, Toyota accounts for 25.1 per cent of the market, or 7,769 units, while Nissan and Mazda have 19 per cent and 15.9 per cent slice of business respectively.

March brought widespread decline around the regions, as was expected as the impact of Covid-19 and the nationwide lockdown hit the automotive industry.

Gisborne was one of the few regions to see an increase, with imports up three per cent, going from 61 registrations in March 2019 to 63 last month.

In the main centres, Auckland saw sales drop 30 per cent to 3,976 units, and in Wellington they fell 26 per cent to 625 registrations. Christchurch numbers dropped 22.9 per cent to 1,083 last month.

Napier and Whangarei suffered the biggest hits in trade. The former had a 41.3 per cent decrease in registrations, falling from 305 used cars to 179, while Whangarei plunged 48.7 per cent, dropping from 298 to 153 units.

There were 691 used-imported commercials registered for the first time last month, which was down by 31.5 per cent compared to 1,009 in March last year.

Toyota stayed on top with 298 registrations for a market share of 43.1 per cent. Its Hiace remained the leading model with 30.4 per cent of March’s market thanks to 210 registrations.

Most regions suffered a drop in used commercial trade during March when compared with the same month of 2019.