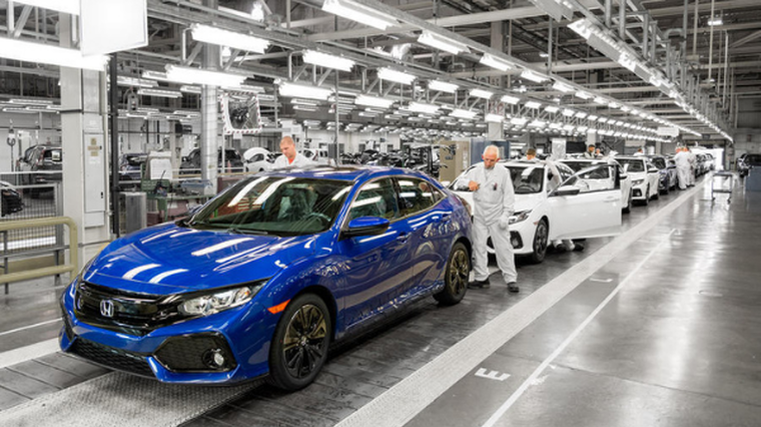 Car production in the UK slumped to its lowest level since 1956 last year after suffering 12 “dismal” months due to the disruption caused by Covid-19.

However, the second-hand market ramped up during the virus crisis, with the average vehicle increasing in value by 20 per cent within the first six months of being sold.

It was hoped the automotive industry in the UK would be buoyed by production of hybrid and electric vehicles (EVs), which rose by nearly 30 per cent and accounted for nearly one-quarter of all cars made. Industry chiefs had also expected a rapid improvement following the easing of pandemic restrictions.

Instead, disruption triggered a global shortage of semi-conductor chips and led to an even worse 2021. Factories had to reduce or pause production as they waited for parts hit by the coronavirus outbreak.

The Society of Motor Manufacturers and Traders (SMMT) described last year as “one of the worst since the Second World War”, with chief executive Mike Hawes warning high energy costs are a growing problem and “threaten the viability of vehicle plants”.

He says issues such as the shortage of semi-conductors, the closure of Honda’s factory in Swindon, pictured, coronavirus-related issues such as staff shortages and border controls following Brexit had all affected carmakers.

Jaguar Land Rover’s output for the year fell by a 10th compared to 2020, but the company managed to regain its title as the UK’s biggest manufacturer after losing out to Nissan in 2020.

Despite recent struggles, there are grounds for optimism this year with a potential £4.9 billion – or about $99.7b – of investment unveiled, the highest since 2013, and annual production forecast to begin recovering to more than one million units.

Data shows factories in the UK built a record number of BEVs, plug-in hybrids (PHEVs) and hybrid EVs (HEVs) last year, with almost 250,000 zero and ultra-low emission vehicles leaving factories, which was more than one-in-four of all cars made.

Four-out-of-five new cars were shipped overseas, with the EU being the biggest market at 55 per cent and the US next on the list.

The SMMT says a significant proportion of investments are in support of electrified vehicles, with the expansion of existing facilities in the North-East and a proposed battery gigafactory in the West Midlands.

Hawes says: “2021 was another incredibly difficult year for UK car manufacturing, one of the worst since the Second World War, which lays bare the exposure of the sector to structural and, especially, Covid-related impacts.

“Escalating energy costs threaten the viability of plants, but also our competitive position. We already pay more in energy costs here in UK than in competitor countries across Europe and beyond. We need to make sure we can try to mitigate those price rises to ensure we can remain competitive.

“Despite this miserable year, there is optimism. With Brexit uncertainty largely overcome, investments have been unleashed, most of which will help transform the sector to its zero-emission future.

“This is a vote of global confidence in the UK but must be matched by a commitment to our long-term competitiveness, support for the supply chain in overcoming parts shortages, help with skills and training and measures to mitigate escalating energy costs.”

The SMMT adds the latest independent production outlook for 2022 forecasts UK car production to increase to more than one million units, representing a near 20 per cent increase on 2021 total. It could reach 1.1 million in 2025 with further growth beyond.

While cars are notorious for depreciating in value – usually by five per cent after leaving UK forecourts – an unprecedented demand for used vehicles coupled with a chronic supply shortage for new vehicles has reversed the age-old trend.

It comes as commuters who moved further out of the cities due to the pandemic are now in need of a car to get to work, while white-collar workers who saved more than expected are looking to splurge on a vehicle.

But new demand has been met with a global shortage of semi-conductor microchips, which are essential for the operating systems of all vehicles. It means there is a shortage of new cars being manufactured, leading to an unprecedented demand for second-hand models.