Dunedin dealer reignites partnership with Scottish co-driver for shot at event in Wales.
Posted on 08 October, 2021 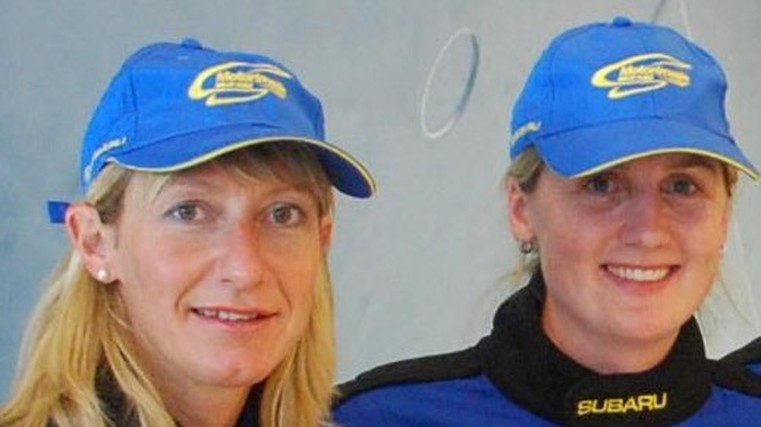 Emma Gilmour may be stuck on the other side of the world after being unable to secure a place in MIQ, but she’s not letting that slow her down as she plans to compete in the Visit Conwy Cambrian Rally.

The New Zealand rally driver is teaming up with Scottish co-driver Claire Mole to compete in the Visit Conwy Cambrian Rally in north Wales on October 30.

Gilmour will get behind the wheel of a Ford Fiesta R5 MkII for the event, which is the final round of four local championships.

She says: “I’m a bit stuck because I can’t get an MIQ spot to come home to New Zealand after the Sardinia round of Extreme E on October 23 and 24.

“I’ve been staying with Claire in Scotland and after reminiscing about our past rallying escapades, we decided to grab the opportunity to do it again.”

Mole and Gilmour, pictured from left in 2009, are no strangers to crewing in a car together and their rally partnership dates back to 2006, when they teamed up for the WRC Rally Finland.

The pair joined forces again in 2008 and finished 16th overall in the WRC Rally of New Zealand, and the following year they took second overall in the Asia Pacific Rally Championship.

Gilmour, who runs the Gilmour Motors Suzuki dealership in Dunedin, says she is looking forward to driving the R5 and reigniting her partnership with Mole.

“It’s the best class of car out there that’s accessible at a world level. Obviously, it’s not a WRC car but it’s the next best thing,” she adds.

“I’m also really looking forward to rallying with Claire. We haven’t been in the car together since 2013 when we did the International Rally of Whangarei in my Vantage Windows and Doors Suzuki Swift AP4, which was pretty early on in its development back then.”

Alyn Edwards, clerk of the course, says: “As an event we are very pleased to welcome Emma to the Cambrian and the beautiful area of Conwy, which bears some resemblance to her native South Island of New Zealand.

“We are thrilled that Emma has chosen our event to compete in whilst she is stranded in the UK waiting to go home to New Zealand and that she’s reuniting with long term co-driver Clare Mole.”