Stinger gets freshen up for 2021

Kia upgrades model to emphasise its gran turismo character and add a bit of luxury.
Posted on 17 December, 2020 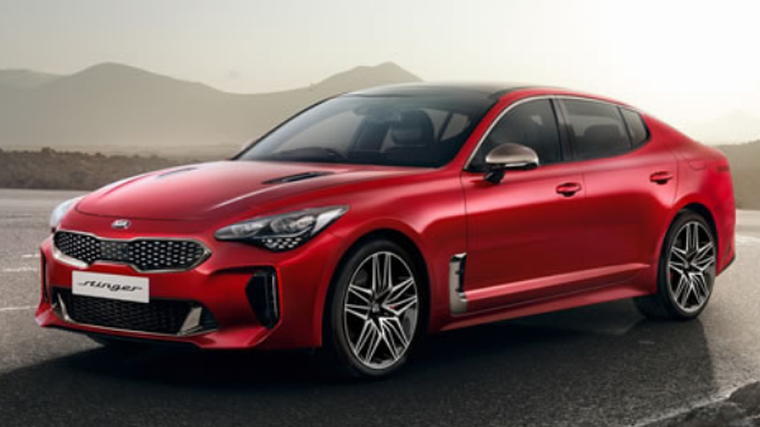 Kia has put a bit of extra muscle into its Stinger liftback sports sedan for 2021 while also aiming to improve comfort for those on the inside.

The latest generation of the Stinger, which was designed in Europe and honed on the Nurburgring racetrack, has now arrived in New Zealand. It was Kia’s first modern era car built on a rear-wheel-drive platform, first to be powered by a twin-turbocharged V6 engine, and the first to accelerate from 0 to 100kph in under five seconds.

For 2021, the Stinger’s exterior has been tweaked to provide a more muscular appearance and there are two models – the GT Line powered by a turbocharged two-litre engine, and the twin-turbo, 3.3-litre V6 GT Sport.

Kia’s signature “tiger-nose” grille sits between LED front headlamps that are paired with LED daytime running lights. The car features headlight cornering control, with the headlamps designed to turn as the steering wheel does to illuminate the path around corners.

At the rear, a new combination lamp extends the full width of the car and it boasts chrome-coated quad exhaust pipes.

The architecture of the cabin remains the same but subtle enhancements include new, higher-quality materials and updates to the infotainment system.

Trim and specification levels on the two models are similar, however the GT Sport gains soft Nappa leather upholstery instead of standard leather.

The driver’s seat on both cars is eight-way power-adjusted, with four-way air cell lumbar support, power thigh cushion extension and side bolster adjustment and, together with the front passenger seat, are heated and ventilated.

The cabin also has a new mood lighting system, allowing drivers to select one of 64 colours to alter the ambience of the interior.

“Connected car” features of the new Stinger include a remote engine start system and a hands-free smart power tailgate.

Under the bonnet, Kia has upgraded the Lambda II, twin-turbo, V6 engine by giving the 3.3-litre unit a new bi-modal electronic variable exhaust valve system. The change has resulted in a small increase in power to 274kW (367hp), whilst torque remains the same at 510Nm, accessible from 1,300-to-4,500rpm.

Both engines are paired with an eight-speed automatic transmission driving through the rear wheels.

The handling of the Stinger is aided by dynamic stability damping control to the suspension system, which Kia says “can be tuned to respond with more agility to improve high-speed stability points during vigorous driving”.

It works in conjunction with the drive mode system, which offers smart, eco, comfort, sport, and custom driving options.

The car also comes with seven airbags to protect occupants, which include driver and front passenger airbags, two front-side airbags, two side-curtain airbags and a driver’s knee airbag as standard.

Todd McDonald, managing director of Kia Motors New Zealand, says: “Stinger has helped to raise awareness of Kia as a maker of exciting, performance-driven cars that are designed to engage with drivers.

“It’s a car that makes you smile when you get behind the wheel. New Stinger embodies the power, performance, handling and comfort of a true long-distance tourer, whilst adding more refinement and luxury.”