Ford expects its more powerful next-generation model to hit New Zealand from the middle of the year.
Posted on 25 March, 2022 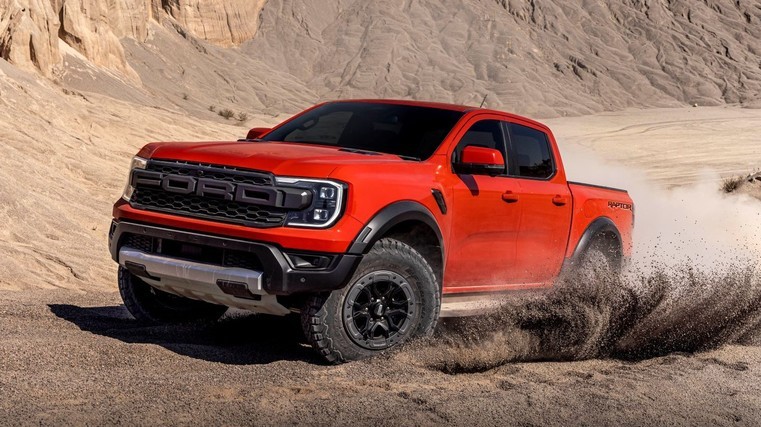 Ford New Zealand has confirmed specifications of the Next-Gen Ford Ranger, which is expected to start arriving in showrooms from mid-2022.

It says the Ranger has been updated to reflect requests from consumers for more technology, more power, more torque and more capability.

Highlights include the option of a three-litre V6 turbo-diesel engine – which is being offered on the Ranger and the Everest SUV – that can deliver 184kW of power at 3,250rpm and 600Nm of torque, full-time 4WD, and six selectable drive modes.

Transmission choices include a 10-speed auto for the larger two engines, while the current six-speed auto available on Ranger will continue with the single-turbo powertrain.

A 50mm track and wheelbase increase aims to improve stability of the new model on and off-road, and also makes for a wider load space that features a one-metre ruler and cupholders built into the tailgate work surface.

Up to six selectable drive modes are available, depending on the variant, with the Raptor gaining seven. A tow/haul mode is new to Ford and designed for those towing or carrying a heavy load by optimising the gear shift timing to maintain power uphill or deliver the right amount of engine braking on downhill sections.

The Next-Gen Ranger has a maximum braked towing capacity of 3,500kg with a 350kg towball download limit.