Need to clean up fleet

Minister’s speech on clean cars bill describes New Zealand’s light-vehicle fleet as “one of the most polluting and least efficient in the OECD”.
Posted on 22 September, 2021 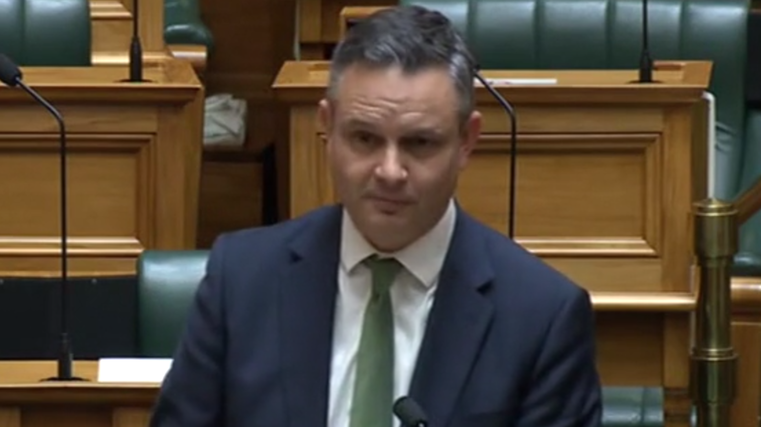 The Land Transport (Clean Vehicles) Amendment Bill had its first reading in parliament on September 21.

Shaw moved the bill be reported to the house by February 2, 2022. What follows is an edited version of his introductory speech.

“Our government has declared a climate emergency for a reason. It is abundantly clear that we must take action urgently to ensure a liveable planet for our communities here in Aotearoa and around the world.

“We only need to look at more recent events made more intense by climate change, such as the Buller district and Marlborough regional flooding, to be reminded of just how important and urgent this is.

“For the sake of our futures and those of our children, we must act now. A collective effort involving every sector of the economy, every community and every government agency is needed to tackle the climate crisis.

“Transport is a critical part of the challenge and of the solution. We have made progress by investing significantly more in public transport, rail, walking and cycling, but there is much more to do.

“To achieve major emissions reductions, we must clean up the light-vehicle fleet in New Zealand, which is currently one of the most polluting and least efficient light vehicle fleets in the OECD.

“The policy objective of this bill is to achieve a rapid reduction in carbon-dioxide emissions from light vehicles imported into New Zealand by:

“(a) first increasing the supply and variety of zero and low carbon-dioxide emission vehicles available for purchase in New Zealand by applying a clean vehicle standard to importers of new and used light vehicles.

“(b) increasing the demand for zero and low carbon-dioxide emission vehicles by providing for a clean vehicle discount scheme, designed to incentivise, through the issue of rebates or the imposition of charges, the purchase of zero and low-emission vehicles.

“This bill does represent a significant change for the motor-vehicle industry in Aotearoa, which over the course of this decade will need to significantly adjust the types of vehicles that it imports, advertises, sells and services.

“For that reason, it will be important for there to be a full select committee process to consider the bill and its implementation.

“Used-vehicle importers can apply to comply on an annual basis, but by default will be required to comply when they import each vehicle, and charges will apply where their carbon-dioxide account does not have sufficient credits to cover the emissions of the vehicle.

“The charges are designed to incentivise meeting emissions targets. A range of flexibility mechanisms are built into the scheme to assist vehicle importers to meet those targets.

“Targets for vans and utes will be higher than those for cars and SUVs to account for the difference in engine sizes and the loads they carry. The standard will apply from January 1, 2023, when importers will be required to report on the carbon-dioxide emissions of the vehicles that they import and comply with emission targets that strengthen on an annual basis.

“The clean car discount – as opposed to the standard – was launched in July of this year. This scheme offers major incentives to get drivers behind the wheel of an electric vehicle [EV] or plug-in electric hybrid.

“Nearly 2,000 imported new and used EVs and plug-in hybrid EVs were purchased in July alone, so we can see there is clear demand from the public for affordable EVs.

“This is the most significant action that our government has taken to reduce emissions in our light-vehicle fleet and one that is expected to prevent more than five million tons of dangerous climate change – causing pollution going into our atmosphere.

“The full scheme, which will launch in 2022, introduces a charge on high-polluting vehicles, as well as a broader range of rebates to encourage the uptake of electric, hybrid and low-emission vehicles.

“This means whatever the new or imported used car that people choose to buy, they are all contributing to the task of cleaning up the vehicles coming into New Zealand.

“Consumers who purchase high-emission vehicles will be required to pay a charge in recognition of the increased environmental and economic costs they are imposing.

“The revenue from those charges will be used to reward consumers who purchase vehicles that contribute to lowering carbon-dioxide emissions through a rebate issued on the first New Zealand registration of the vehicle.

“Charges and rebates are one-off and will only apply to light vehicles when first registered for use on New Zealand roads, and do not apply to vehicles that are already in the fleet.

“Due to the disruption caused by the current delta outbreak, the expanded clean car discount rebates and fees will begin from April 1, 2022. This will give the industry more time to gear up, and the current rebates on electric and plug-in hybrid vehicles will continue until April 1.

“The funding allocated in Budget 2021 will be more than enough to continue to cover the discount until the full regime comes into force.

“The amendments in the bill establish the legislative framework for measures designed to influence both the supply and the demand for zero- and low-emission vehicles.

“The clean vehicles bill will make a huge difference to the liveability of our local environment and will deliver real health benefits by significantly reducing the levels of air pollution.

“Ultimately, this bill represents a positive step towards reducing carbon-dioxide emissions in our light-vehicle fleet and signals to New Zealanders that the vehicles they choose can make a big difference facing the climate emergency head on.”