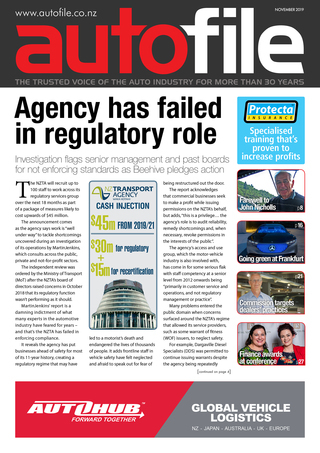 Autofile investigates how the NZTA has abdicated its regulatory role with consultants uncovering widespread failings. MartinJenkins has flagged senior managers and past boards’ lack of enforcement.

Its report is a damning indictment that also lifts the lid on a climate of fear the agency’s frontline staff have worked in – if they spoke out, they faced the axe. And its access and use group has come in for serious flak, especially from 2012 onwards. The government in now pledging action and the NZTA will recruit about 100 staff in a package of measures to cost upwards of $45 million.

Senior figures of the used-imports industry pay their tributes to John Nicholls, who has died aged 94. Described by many as a pioneer of the sector, he worked for more than six decades in the automotive industry. Although he officially retired in 1998, he only called time on analysing statistics in 2014. We farewell a true gentleman, who leaves a lasting legacy.

Autofile welcomes Tony Everett, sector manager – dealers at the Motor Trade Association, as a new columnist. He warns the industry it should come as no surprise the Commerce Commission has identified finance and insurance as an area of focus for the next 12 months.

The car industry was on the agenda of the Financial Services Federation’s conference, with Turners' Todd Hunter and Toyota NZ’s Andrew Davis discussing what makes their companies among the country’s most trusted brands. Plus: Avanti Finance and Go Car Finance scoop three top awards between them.

David Vinsen, chief executive of the Imported Motor Vehicle Industry Association, discusses how VIA will be funded in the future, while work it will do is on the table. He’s encouraged by the way talks are progressing.

Grant Baker, chairman of Turners Automotive Group, says consumers are more informed than ever. He talks about how a strategic review has highlighted how market dynamics are changing and how “big data” is impacting on business.

And Dean Sheed, of Audi NZ, and Suzuki NZ’s Tom Peck give their views on the government’s proposed clean-car policies. 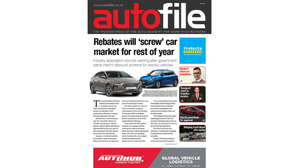