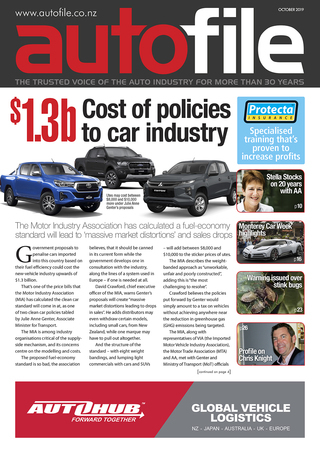 The MIA has calculated a fuel-economy standard could cost the new-vehicle sector up to $1.3 billion, will create massive market distortions and lead to drops in sales. David Crawford says distributors may withdraw certain models – including small cars – from New Zealand, while the government’s policies would amount to a new vehicle tax.

In our in-depth coverage of the issue as the industry holds talks with the government, VIA’s David Vinsen says a likely effect of placing levies on cars when they cross the border is that the quality of used imports will fall as the market adjusts to meet price demands.

The AA’s Mark Stockdale sums up issues with relying on how manufacturers report fuel efficiency in one word – “cheating”. He adds: “It’s cheaper to cheat tests than meet standards.” The MTA has submitted alternative options. Greig Epps says one is a significantly simpler clean car standard. In effect, its less-hurried introduction would be a “hybrid” of the government’s two schemes.

In other news, Autofile editor Darren Risby chats to Stella Stocks, who says shifting New Zealand’s focus onto vehicle safety is one of the AA’s major achievements during her 20 years working there. She also talks about how it came about that she became the UK’s first fully qualified female automotive engineer.

It’s no surprise Chris Knight has forged a successful career in the industry. He followed in the footsteps of his father – a used-car trader – and spent years on his yard as a teenager. As for joining MotorWeb in 2000, he didn’t know much about the internet, but a lot about vehicles and dealers. “I talked to the founder who was like a mad scientist with a great idea and well-ahead of the times.”

The industry needs to be on high alert with dealers losing hundreds of thousands of dollars in a scam. The MTA is aware of at least half a dozen members being hit. The con was first exposed by Autofile Online on September 13.

Many electric-car buyers are attracted by low running costs, while others are put off by high sticker prices, says Flip The Fleet’s Henrik Moller. If we consider the financial return on investment and think long term, who has made smarter choices – early adopters or naysayers?

Biosecurity NZ has sent out a stark message that all cargo must meet stricter regulations intended to keep stink bugs out. Plus: Invercargill-born racing driver Brendon Leitch, highlights from Monterey Car Week, old tyres back on the agenda, disputes, industry statistics and much more. 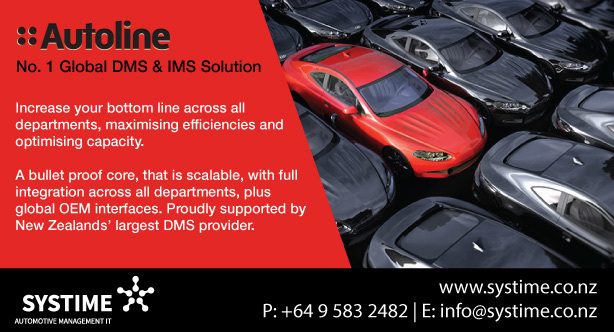