Scott Dixon triumphs to lead championship, while compatriot Scott McLaughlin enjoys his first podium finish in the series.
Posted on 03 May, 2021 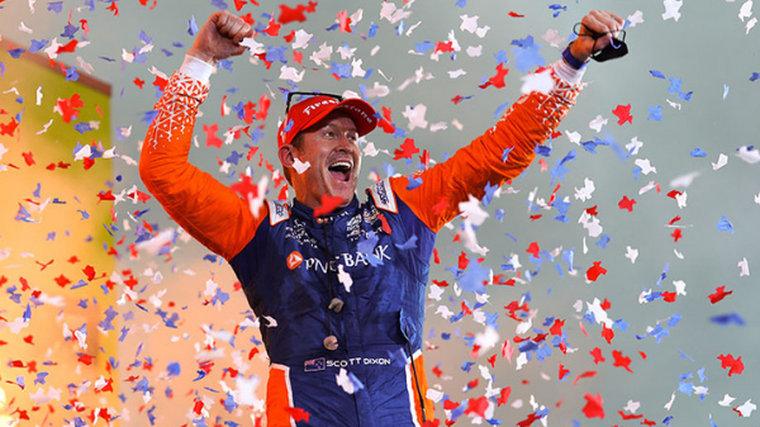 Kiwi drivers Scott Dixon and Scott McLaughlin took out the top two spots in the opening race of the latest round of the IndyCar series race in Texas.

Dixon’s 51st career victory has moved him to the top of the championship standings, while McLaughlin clinched his first podium in only his fourth race.

The 40-year-old, driving for Chip Ganassi Racing, is now one win away from matching Mario Andretti’s 52 victories for the second-most on the career list that AJ Foyt tops with 67.

Dixon, who is a six-time champion, has also won a race in 19 different seasons, breaking a tie with Foyt for the most.

McLaughlin, competing in his first IndyCar oval race, started in 15th place and moved through the field before finishing .2646 seconds behind Dixon after 212 laps.

The Team Penske driver, pictured below, moved to IndyCar after winning three straight Supercars titles and says he has never felt so happy after finishing the May 2 race in second.

“I’m really stoked … just couldn’t quite get Scotty at the end there,” says McLaughlin. “It was bloody cool to battle with my all-time favourite hero in Scotty Dixon. Two Kiwis one and two is fantastic.”

In the second race of the Texas meeting, Dixon finished fourth and McLaughlin eighth. Mexican Pato O’Ward took the chequered flag in an incident-packed race that saw six cars forced out of action following a massive crash at the start.

Dixon, who started on pole, led for most of the race but a third and final yellow flag just after he pitted for his final refuel and tyre change thwarted his charge as O’Ward time his strategy perfectly.

Following the latest round of the series, Dixon has moved from third to first in the standings with O’Ward 22 points behind in second. McLaughlin is eighth in the championship and the leading rookie.

The drivers will next be in action at Indianapolis on May 15.