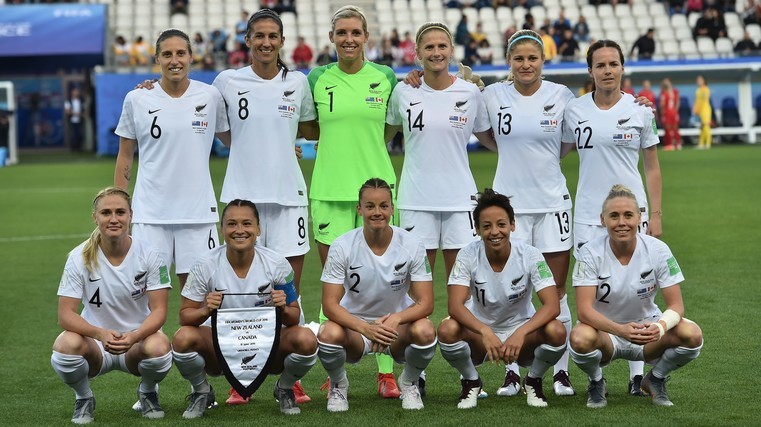 The deal represents a significant investment in the Football Ferns, and the girls’ and women’s game from elite level down to grassroots.

The national team will now be known as the Ford Football Ferns, the first time it has had a naming-rights partner.

To support the growth of females across the game, Ford will become the naming partner of a number of programmes, such as women in leadership, community leadership, female coach mentorship and the Future Ferns Domestic Programme.

The marque will also be an official partner of the women’s National League Championship.

“This is a significant investment in the women’s game in Aotearoa,” says James Wear, NZ Football’s general manager of brand and partnerships.

“We are especially pleased by Ford’s determination to be involved with the Football Ferns ahead of the home FIFA Women’s World Cup and in the women’s game from top to bottom.

“This partnership headlines with the naming rights to the Football Ferns, the first time a NZ Football national team has had such a partner, but it also filters right through the development system.

“The women’s game continues to grow rapidly and will explode by 2023. Ford has always recognised the opportunity this presents for partners and we are excited to begin this journey with them.”

Cameron Thomas, marketing director of Ford NZ, says: “We’re really excited to be announcing our partnership with NZ Football and, in particular, supporting women’s football and the Football Ferns.

“It reflects Ford’s ongoing commitment to sport in New Zealand as well as our focus on diversity and creating a culture of belonging.

“The partnership will also give our Ford NZ future leaders the opportunity to engage with the leadership and mentoring programme to help learn and develop skills needed to be their best in the corporate environment, much like in high-performance sport with the Ferns.”

Annalie Longo, NZ Football’s women’s development manager and who has made more than 100 appearances for the Football Ferns, recognises the impact a major partnership such as this will have across the women’s game.

“To develop women’s football, we really need to promote, invest in and empower both on and off the field,” she says.

“That’s why the Ford Female Leadership Programme and Ford Coach Mentorship Programme are so important in building and investing in and empowering our females to coach, administrate and deliver to give  experiences in football to everybody.

“It’s brilliant to have Ford recognise the importance of empowering and building capability in women off the pitch, as well as on it, to build the game.”