Dixon’s wait for title goes on

Kiwi driver manages to fight back into the top 10 after running off the track in latest race.
Posted on 14 September, 2020 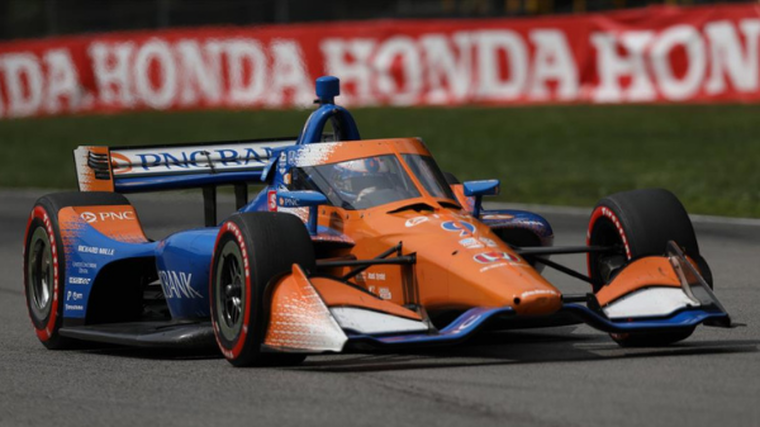 Scott Dixon is ruing a ‘rookie mistake’ that denied him the chance of securing his sixth IndyCar championship.

The Kiwi driver went into the weekend of action at Mid-Ohio with a mathematical possibility of clinching the title. However, two 10th place finishes in the double-header on September 13 and 14 saw his championship lead over Josef Newgarden cut to 72 points.

Despite the setback to his title ambitions, Dixon remains favourite to secure the IndyCar crown with just three races of the season remaining.

He was sitting second in race two of the Honda Indy 200 at Mid-Ohio when he went too wide on a corner on lap 22 and ended up in the grass. The error dropped him back to 20th but he fought back into the top 10 and set the fastest lap along the way.

The Chip Ganassi Racing driver says he made a “stupid mistake” to end up at the back of the field.

“Got a little bit aggressive,” he explains. “Hit the over-take on the exit to one and just way too much Honda power there and it spun the tyres and spun the car.

“Totally caught me off guard. A total rookie mistake. I'm bummed for the team. It was such a stupid mistake I shouldn't have made.”
American Colton Herta won the race, his first victory of the season, while Australian Will Power took the opening clash of the weekend.

The series returns with another double-race weekend at the Indycar Harvest GP in Indianapolis on October 2 and 3, followed by the season-ending Firestone Grand Prix of St Petersburg on October 25.